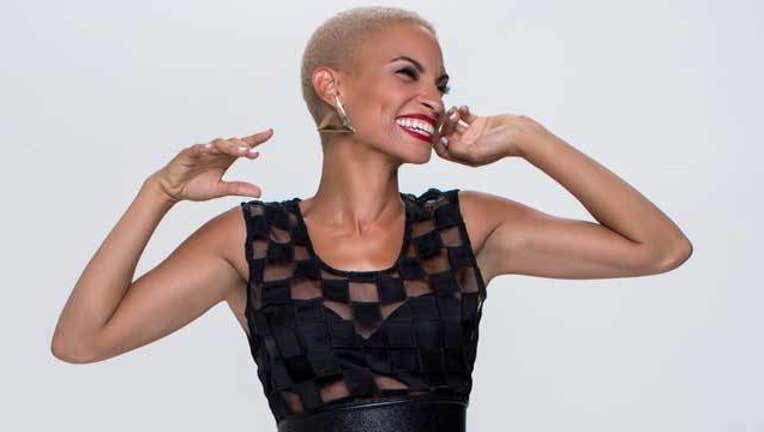 Bay Area soul talent Goapele (pronounced GWAH-pah-lay) could easily fill much larger venues, but the singer offers her loyal local fans a special treat when she celebrates her new album with this series of shows at Yoshi's in Oakland.

The talented Oakland-raised songstress broke onto the Bay Area music scene in 2001 with her ethereal EP, Closer, and the follow-up full length album, Even Closer. Released on her family-owned record company, Skyblaze Recordings, the album's mix of soulful grooves and thought-provoking lyrics introduced the world to a multi-faceted artist and songwriter. Goapele is known as much for her social and political activism as for her lush romantic ballads.

The singer earned more solid notices for her musical project Victory which features Goapele's alluring and powerful voice alongside an array of artists from the African continent. The project's title track with South African rapper Pantsula was issued to commemorate the FIFA World Cup 2010 being held in South Africa. Recorded mostly at Zoo Studios in Oakland, 2011's Break of Dawn digs deep while honestly revealing the many layers of experience that defines Goapele, from the birth of her daughter to the death of her father as well as a close friend.

The singer would eventually relocate to Los Angeles, a move that facilitated the recording of her star-studded new album Strong as Glass. Working with drummer/producer Keith Harris (Black Eyed Peas, Estelle, Busta Rhymes) who the vocalist first met when both were attending Berklee College of Music in Boston, the effort features collaborations with an array of creative figures she met in LA including hip-hop hero Snoop Dogg and neo-soul icon Eric Benet. Goapele sings songs from her latest album along with fan favorites when she headlines a string of shows at Yoshi's in Oakland through Sunday.