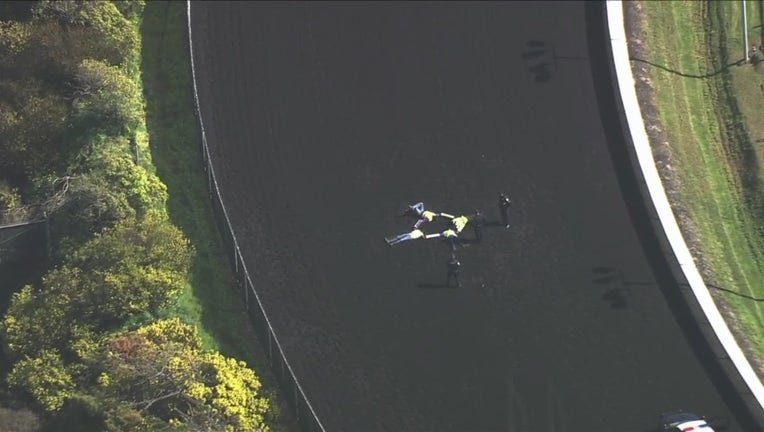 Four people lay in protest on the racetrack at Golden Gate Fields around 1:30 p.m. on Thursday, March 4, 2021.

ALBANY, Calif. - The owners of Golden Gate Fields are suing a group of animal rights activists over a recent protest that disrupted horse racing at the track earlier this month.

The suit claims that as a result of a protest organized and carried out by members of the Berkeley-based group Direct Action Everywhere on March 4, the track was forced to cancel one race and postpone six others.

The four defendants named in the suit achieved this by climbing a fence to lay down on the track while connected to each other via PVC or metal pipes, a technique known as the "sleeping dragon."

The suit claims the group intentionally trespassed in order to interfere with the track's business and endangered horses and employees by doing so. 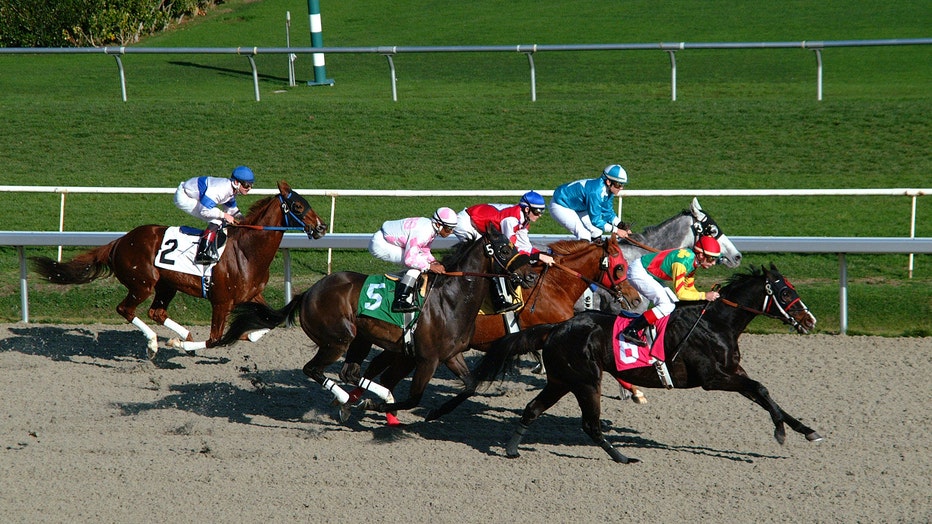 The four activists were arrested, cited for trespassing and released, according to Albany police.

Also, about 200 people were unable to get their scheduled COVID-19 vaccines because the vaccination site on nearby Buchanan Street was closed for a few hours due to the protest.

The Stronach Group, the owner of the racetrack, is seeking monetary damages, attorneys' fees and a permanent injunction banning the activists from their property.

Matt Johnson, a spokesman for Direct Action Everywhere, said his organization's goal is to close the track for good, possibly by convincing the owners to sell the property or via a statewide or even a nationwide ban on horse racing.

"This is a brutal industry that exploits horses, it exploits workers, it exploits people with gambling addiction and we're standing with a rising majority of the public in saying that we're better off without places like that," Johnson said.

Last year, 27 horses died at Golden Gate Fields and six have died so far this year, according to Johnson.

"It's pretty hilarious, actually, how they are talking about we are a danger to the horses," Johnson said. "It's completely, ironically hilarious."

Racetrack representatives did not immediately respond to requests for comment.