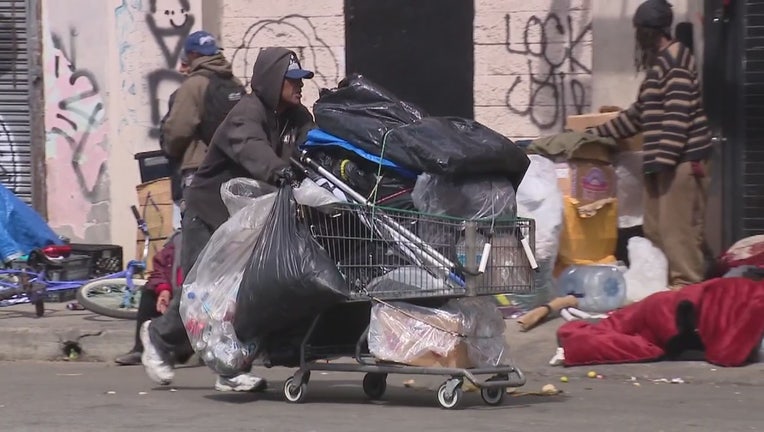 The proposal by Gov. Gavin Newsom, a Democrat who used to be the mayor of San Francisco, would require all counties in California to set up a mental health branch in civil court to assist people in need of help but who won’t accept services.

The state would require counties to provide comprehensive treatment to those suffering from debilitating psychosis and people would be obligated to accept the care.

Some advocates for the homeless have objected to forced care, but Newsom told the San Francisco Chronicle it is past time to talk about civil rights when people are attacking others.

His proposal would require legislative agreement.

California Health and Human Services Secretary Dr. Mark Ghaly called the plan the "beginning of a conversation about how we address one of the most important problems in California."

He said the effort is to address what "for many of us is one of the most heartbreaking, heart-wrenching" challenges, and "that is how do we serve the needs of individuals who are the sickest of the sick?"

Ghaly sais he expects the program could apply to 7,000 to 12,000 people in California, although not all have to be homeless.

Under this controversial proposal, the Chronicle reported that people suffering from psychosis — whether from a mental illness such as schizophrenia or triggered by severe drug addiction — could be brought before a Superior Court judge under three scenarios: Either they are suspected of a crime, an involuntary hold in a psychiatric emergency room is ending, or a family member or outreach worker believes they cannot care for themselves. A public defender would represent them.

A county clinical team would create a care plan with input from the person and their case manager who would help them navigate the process and make decisions.

If the person suffering from psychosis refused the help, their criminal case would proceed. If no crime was committed, they could face the existing state process, in which people who are gravely disabled or deemed to be a danger to themselves or others are placed under involuntary holds and eventual conservatorship. Medication could be court-ordered, but would not be forcibly given.

Care Court would need legislative approval, which Newsom hopes to secure by June for implementation in January.