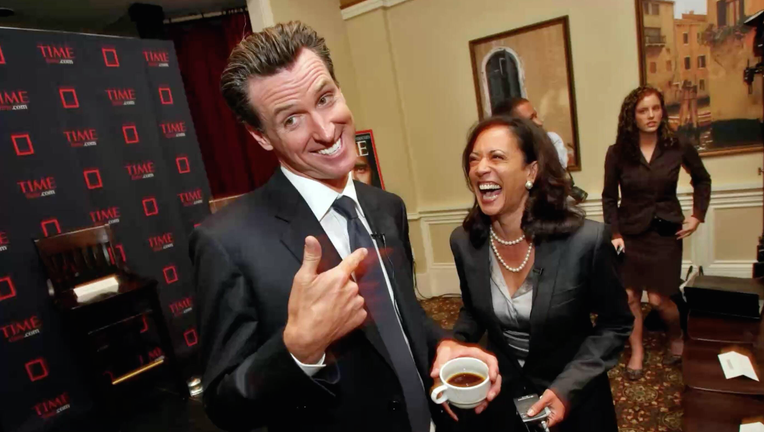 Before Sen. Harris was tapped as Joe Biden's running mate for the 2020 race, she ran for president and nabbed an endorsement from Newsom but later bowed out in late 2019.

"...In terms of the character, and the competency, and her devotion to the cause that I think unites the vast majority of us. Her empathy, her compassion, her doggedness, her commitment to solving problems, not just identifying problems. Her executive experience not just legislative."

— Newsom on why he endorsed Harris

The governor reflected briefly on his working relationship with the senator over the years.

"I've known Kamala Harris before she was the district attorney of San Francisco before I became mayor," Newsom said. "I had the privilege of working with her for two terms. When she ran for attorney general I was a supporter and advocate of her campaign."

Newsom said he's supported Harris' efforts early on and said he's not surprised with Biden's choice as she has all the qualities of a leader.

"You could imagine how proud I'm feeling, the American people are feeling. Not just Democrats. I have a few Republican friends who had a smile on their faces yesterday about her candidacy for the next vice president. It is a proud moment, historical, a meaningful moment for California," Newsom said.

The governor said during Wednesday's press briefing that people are already pitching potential replacements for Harris' spot in the Senate, but he is in no rush to make a decision.

Newsom said his focus remains on the ongoing COVID-19 crisis. He said his decision for a replacement won't be needed until January 2021.