Organizers of the recall effort against California Gov. Gavin Newsom collected enough valid signatures to qualify for the ballot.

LOS ANGELES - California on Thursday scheduled a Sept. 14 recall election that could drive Democratic Gov. Gavin Newsom from office, the result of a political uprising largely driven by angst over state coronavirus orders that shuttered schools and businesses and upended life for millions of Californians.

The election in the nation’s most populous state will be a marquee contest with national implications, watched closely as a barometer of the public mood heading toward the 2022 elections, when a closely divided Congress again will be in play.

The date was set by Lt. Gov. Eleni Kounalakis, a Democrat, after election officials certified that enough valid petition signatures had been turned in to qualify the election for the ballot.

The announcement will set off a furious, 10-week burst of campaigning through the California summer, a time when voters typically are ignoring politics to enjoy vacationing, backyard barbecuing and travel. 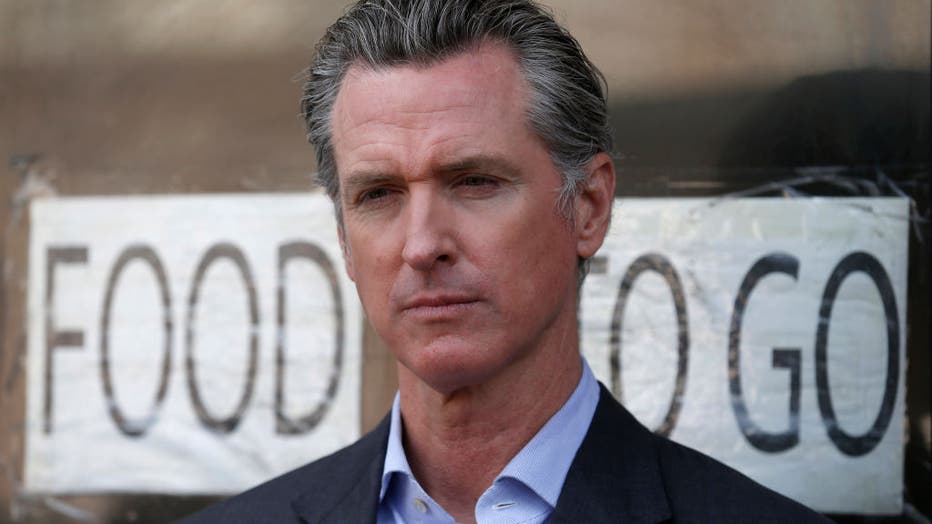 Many voters have yet to pay attention to the emerging election, while polls have shown Newsom would beat back the effort to remove him. Republicans haven’t won a statewide race in heavily Democratic California since 2006.

Republican candidates have depicted Newsom as an incompetent fop, while Democrats have sought to frame the contest as driven by far-right extremists and supporters of former President Donald Trump.

While a final date wasn't set until Thursday, the campaign has been underway for months after it became clear that recall organizers had gathered more than enough of the required 1.5 million petition signatures needed to place the recall on the ballot.

Conservative talk show host Larry Elder, 69, issued a brief statement Wednesday night saying he was seriously considering entering the race and would announce his decision early next week. His entry into the race would give the Republican field a jolt of celebrity sparkle and a name on the ticket known through his nationally syndicated radio show and appearances on Fox News.

While the movement to recall Gov. Gavin Newsom is moving along, it will still take several more months, and steps, to reach a final decision. KTVU Political Reporter Greg Lee has the details.

Other Republicans who have said they will run include Kevin Faulconer, the former Republican mayor of San Diego, Republican businessman John Cox, who was defeated by Newsom in 2018, former U.S. Rep. Doug Ose and reality TV personality and former Olympian Caitlyn Jenner.

The GOP field is expected to continue to grow: Candidates have until 59 days before election to file papers to declare their candidacy.

In a recall election, voters would be asked two questions: First, should Newsom be removed, yes or no? The second question would be a list of replacement candidates to choose from, if a majority of voters cast ballots to remove Newsom.

Tom Del Beccaro, a former head of the state Republican Party who chairs Rescue California, one of the groups promoting the recall, said Elder would help drive up support for the critical first question in his home Los Angeles area, the most populous in the state.

"Statewide races in California are often won or lost in L.A. county," said Del Beccaro, who is not aligned with any candidate. Elder "is going to bring a constituency that is going to help us get a ‘yes’ on the question No. 1."

Steve Frank, a longtime conservative activist serving as Elder's spokesman, said his entry into the race would become "a major game-changer." People across the political spectrum "know him, and many listen to his show."

Elder, a Black man, also would bring more diversity to the Republican ranks.

Claremont McKenna College political scientist Jack Pitney said Elder's entry into the race would be a setback for Cox because "Elder would appeal to the hard-core Republican, conservative base that would have been Cox's base." Faulconer is considered a GOP moderate.

Organizers of the Recall Gov. Gavin Newsom Campaign say they've compiled more than 2 million signatures ahead of the March 17 deadline needed to force a special recall election likely later this year.  But not everyone is on board. A coalition of elected API California leaders say California should resist this effort.

Pitney doubted Elder's race would play a significant factor, with the Black vote typically running strongly Democratic. Elder "has a reputation for being a provocative conservative, not a champion of African-American interests," Pitney said.

Meanwhile Thursday, the state Finance Department released its final estimate for state and county costs to run the election: $276 million.