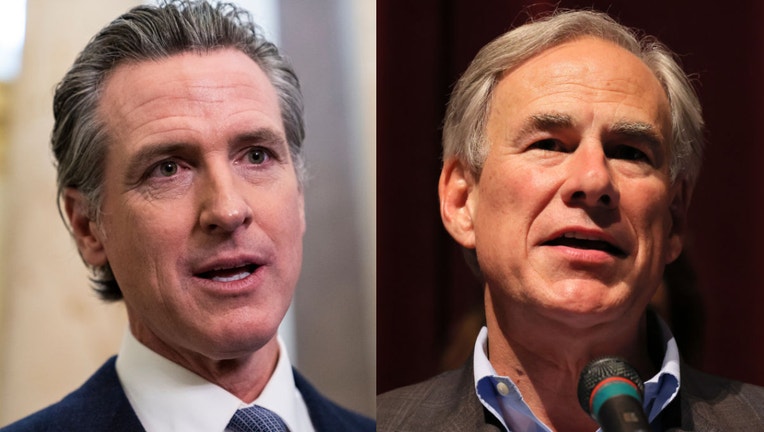 SACRAMENTO, Calif. - The governors of California and Texas had a testy exchange on Twitter as they slammed each other for recent moves made by the country's largest states.

Governor Abbott started the smackdown in a tweet ripping California's plan to require all new cars, trucks, and SUVs to run on electricity or hydrogen by 2035. The new plan backed by Governor Newsom was announced Wednesday and seeks to dramatically cut carbon emissions.

"Ridiculous! Banning gasoline-powered vehicles will hurt all Americans," said Abbott, a Republican. "No wonder so many people from California have moved to the Lone Star State."

Newsom, a Democrat, had something to say about Texas's stance on abortion.

"Won’t be taking cues of what is "ridiculous!" from a guy trying to convict doctors of life in prison for providing women reproductive care," Newsom responded.

Abortion became a felony punishable by up to life in prison in Texas after the state’s trigger law went into effect Thursday. The law was ‘triggered’ when the U.S. Supreme Court overturned Roe v. Wade and allowed states to set their own laws about abortion.

Newsom has been outspoken about states that attempt to prosecute women or doctors for receiving or providing reproductive care.

"I’m furious that my own daughters and sons could grow up in an America that is less free than the one they were born into. We have to wake up. We have to fight like hell. We will not be silenced."