53-year-old Cesar Montelongo was on a resident's balcony at the apartment complex checking for burst pipes on Christmas Eve when the resident shot him.

GRAND PRAIRIE, Texas - A 53-year-old maintenance worker was shot and killed on Christmas Eve while checking to see if pipes at a Grand Prairie apartment complex had burst.

Cesar Montelongo was checking the pipes at the Clayton Point Apartments on Alouette Drive, where several pipes had ruptured. 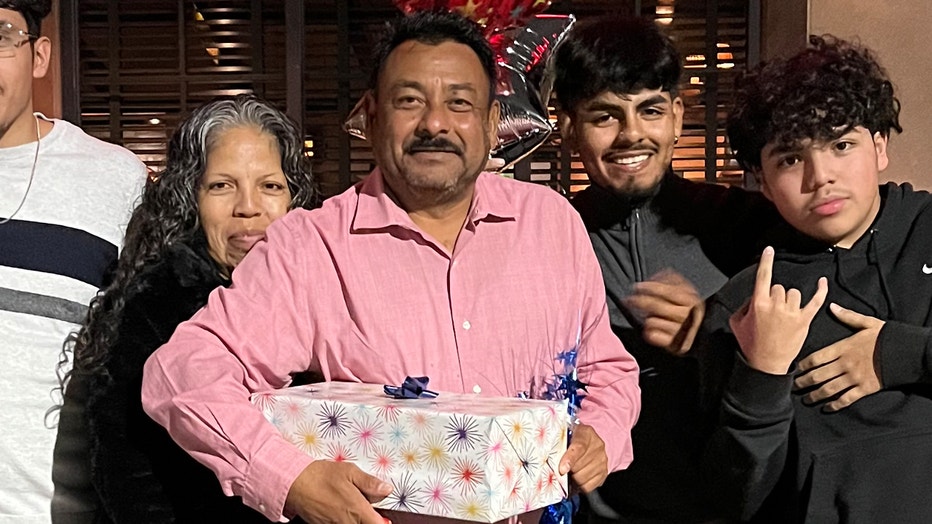 Grand Prairie police say Montelongo was on a resident's balcony at around 6 p.m. when the resident spotted him.

According to police the resident thought his apartment was being burglarized, grabbed a gun and shot the Montelongo through the window.

The 53-year-old was rushed to the hospital where he was pronounced dead.

The resident stayed at the scene and is cooperating with detectives.

No arrests have been made at this time.

The case is under investigation and Grand Prairie detectives will refer the case to the Tarrant County grand jury for review.

Montelongo leaves behind 5 sons and a wife.

One of Montelongo's sons spoke to FOX 4 Tuesday. He described his dad in the midst of the grief his family is coping with.

"He was just a light. He was always humble, he never bragged about anything or he never gave off any sort of bad vibes like he was a bad person or bad guy. Always respectful, always showed the best manners, and he passed that on to us. So I just hope when people see my brothers and I they are able to remember my dad in a positive light," said Cesar Montelongo Jr.

Christmas was set to be Montelongo's 29th wedding anniversary.

FOX 4 reached out to the apartment complex's management for reaction to what has happened. They have not responded.