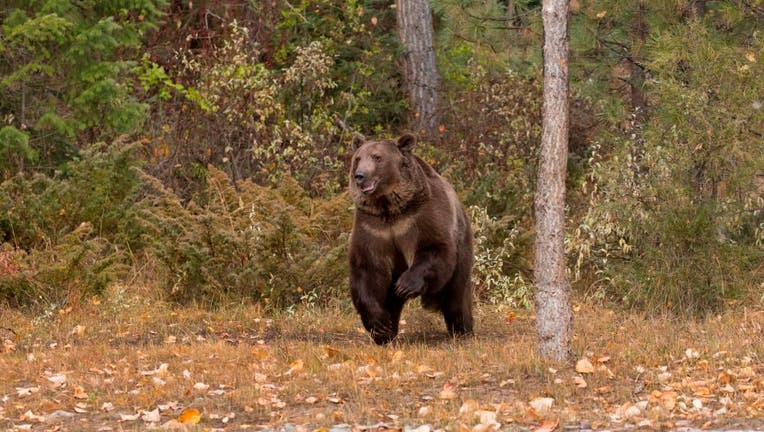 CODY, Wyo. - A "surprise encounter" led to a hiker being mauled by a grizzly bear, according to the Wyoming Game and Fish Department.

The incident happened Monday afternoon while the man was hiking Francs Peak west of Meeteetse.

Authorities said the initial investigation appears to be that a surprise encounter happened between the man and the grizzly bear. The hiker is described as an experienced out-of-state outdoorsman, who was trekking at a high elevation when he encountered the bear at close range. The encounter happened too quickly for him to use his bear spray, according to authorities.

Footage, filmed by Brighton Peachey, shows a bear stalking the family along a hiking path.

Wildlife officials said the man was flown by helicopter to Billings, Montana, where he is currently receiving treatment.

Game and Fish personnel said there’s no reason to take "management action" at the time but will continue to monitor bear activity.

The Wyoming Game and Fish Department said that bear spray is the most effective deterrent to use when encountering a bear that is aggressive or charging. However, the department says most bears will avoid humans.