While there were no rotating outages from state grid operator connected to the current heat wave, some Bay Area communities experienced power outages amid sweltering conditions.

OAKLAND, Calif. - California Governor Gavin Newsom pleaded with Californians to conserve energy as the state grapples with one of the hottest and longest September heatwaves on record. By Tuesday evening, it appeared those conservation efforts, at least partially paid off.

The California Independent System Operator, the entity that operates the state grid, called for an end to a level 3 Energy Emergency Alert by 8 p.m. "Consumer conservation played a big part in protecting electric grid reliability," the agency tweeted.

Less than three hours earlier, California ISO declared the alert in effect. However, they did not call for rotating outages as they had warned of them earlier in the day. The heightened alert level was declared as grid conditions worsened, California ISO said in a news release. The grid operator said power grid peak demand hit 52,061 megawatts, an all-time record. By 9 p.m., the flex alert and emergency alerts had both concluded. California ISO extended the flex alert for Wednesday between the hours of 4 p.m. to 9 p.m. 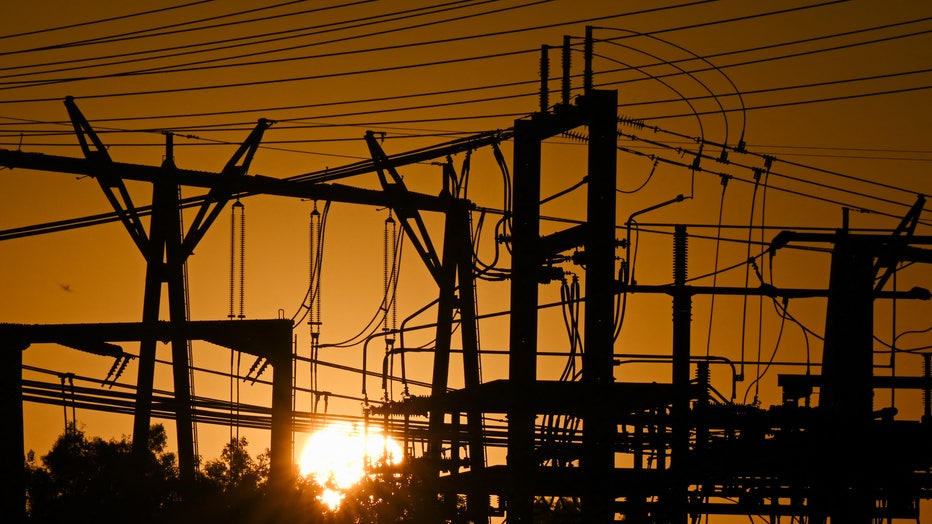 Pacific Gas & Electric had also sounded the alarm during some of the hottest parts of the day. PG&E said 525,000 people were given advanced notice earlier in the afternoon that they could lose power as part of a rolling outage. Customers could check to see if their home or business address would be impacted on PG&E's site.

As many parts of the state entered what experts believed to be the hottest day of the near week-long heat wave, Newsom said it was critical for people continue to save energy.

"We're heading to the worst part of this heat wave and the risk for outages is real and immediate," said Newsom. "This heat wave is on track to be both the hottest and the longest on record for the state and many parts of the West for the month of September," Newsom said. "Everyone has to do their part to help step up for just a few more days."

Pacific Gas & Electric says 525,000 people were given advanced notice on Tuesday afternoon that they could lose power as part of a rolling outage.

The extreme heat has put an unprecedented amount of stress on the state's power grid.

"The triple digit heat across the state are leading, not surprisingly, to record demand on the energy grid," said Newsom.

Cal ISO's Flex alert on Tuesday, was its seventh in a row.

"Everyone has to do their part and step up for just a few more days," said Newsom.

During a flex alert, consumers are asked to avoid using major appliances, recharging electric vehicles and other uses that can stress the power grid. Another way to conserve energy is to set thermostats to 78 degrees or warmer.

Ahmed Banafa, a lecturer at Charles Davidson College of Engineering, said grid operators must calculate risk of losses of life and factor in potential impacts on businesses as well.

In San Francisco, temperatures hit 94 degrees just before noon on Tuesday in a region known for its mild summer weather where most people don't have air conditioning. In Los Angeles, temperatures were in the upper 90s on Tuesday, prompting the nation's second-largest school district to limit the use of asphalt and concrete playgrounds.

Scientists say climate change has made the West warmer and drier over the last three decades and will continue to make weather more extreme and wildfires more frequent and destructive. In the last five years, California has experienced the largest and most destructive fires in state history.

"It is a genuinely dangerous event from a human health perspective," said Daniel Swain, a climate scientist with the University of California, Los Angeles Institute for Environment and Sustainability.

Parts of the South Bay, including San Jose and Palo Alto, and Campbell, are so far seeing the most widespread power outages in the Bay Area. By evening, Alameda Municipal Power began rotating outages.