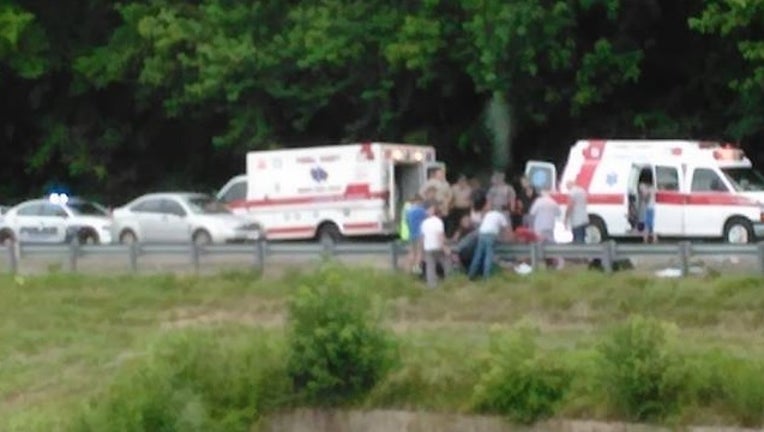 STANTON, KY. – A chilling photo taken at the scene of a fatal motorcycle crash in Kentucky is getting a lot of attention online.

According to Lex 18 News, the crash occurred in Powell County, Kentucky on Tuesday evening around 5:30 p.m. A motorcyclist was seriously injured after crashing on Highway 15 near Stanton. He was transported to the hospital where he later died.

Saul Vazquez of Mount Sterling, Kentucky witnessed the photo while in his truck. He took a picture of the accident and then noticed something unusual about it.

"Zoom in and pay attention to the shadow just off the top of the state trooper hat. All I say is I hope everyone involved is okay!!" wrote Vazquez in the Facebook post.

The photo has been shared thousands of times since Vazquez posted it on Tuesday. Many people believe the photo shows the motorcycle driver’s spirit leaving his body. Regardless, it’s certainly sparking a lot of conversation on social media.