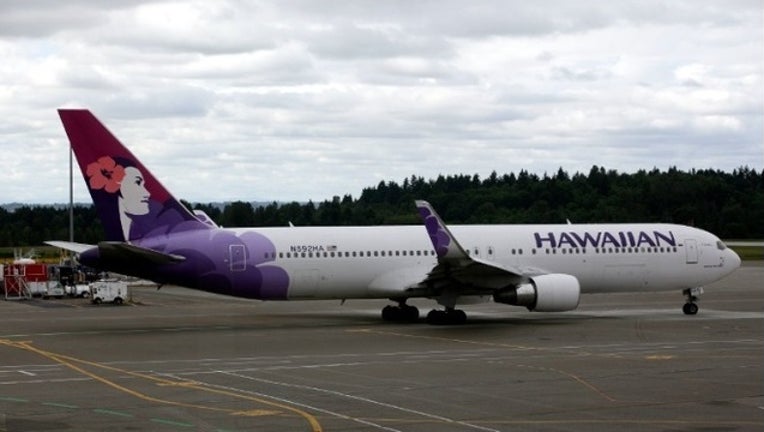 OAKLAND, Calif. (AP) - Authorities say passengers on a Hawaiian Airlines flight from Oakland to Honolulu used emergency slides to evacuate on a runway after a report of possible smoke or fire in the aircraft's cargo area.

Hawaii state Department of Transportation spokesman Tim Sakahara said Thursday there was no visible sign of smoke or fire from outside of the aircraft. He says the plane didn't appear to be on fire when it landed.

There were no reported injuries.

Shuttle buses were taking passengers to the airport's terminal area.

The flight was Hawaiian Airlines Flight 47.