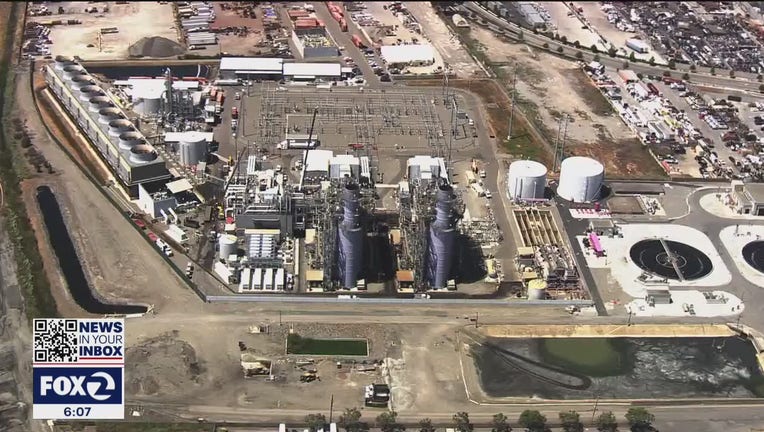 HAYWARD, Calif. - Hayward city officials are disappointed the state approved the reopening of the Russell City Energy Center, before the results are known from an investigation into the cause of an explosion and fire at the facility May 27.

City officials said the explosion sent "chunks of hot metal" flying hundreds of feet, ignited a fire and led to the evacuation of nearby residents. Seven weeks later, the California Energy Commission approved the application Thursday from Calpine Corporation to resume operations at the plant.

In a news release Monday in response to that decision, city officials said it comes before the results are available from parallel investigations by the company and the state agency.

The city opposes the reopening until a public review is conducted about the safety risks and potential environmental and health impacts.

The Hayward City Council will discuss the issue at its regular meeting Tuesday at 7 p.m. The meeting can be seen on Comcast channel 15, at hayward.legistar.com/Calendar.aspx, on Zoom at bit.ly/3eD7I02 or at youtube.com/user/cityofhayward.

City officials said the commission did acknowledge in its decision the need for greater oversight of plant operations as well as more openness and cooperation with the city and it fire department. That did not go far enough for Hayward Mayor Barbara Halliday.

"At the same time, our objections to restarting the plant are unchanged, and we are very disappointed with the decision," she said.

According to the city news release, "In approving of the restart before investigation results are known, CEC commissioners and staff members said they are confident the plant could be run safely at reduced capacity and that the facility is needed to maintain the reliability of the state's electrical power grid."

The plant opened in August of 2013 and generates electricity from natural gas. City officials said it is generally relied upon during periods of peak demand when temperatures are highest.