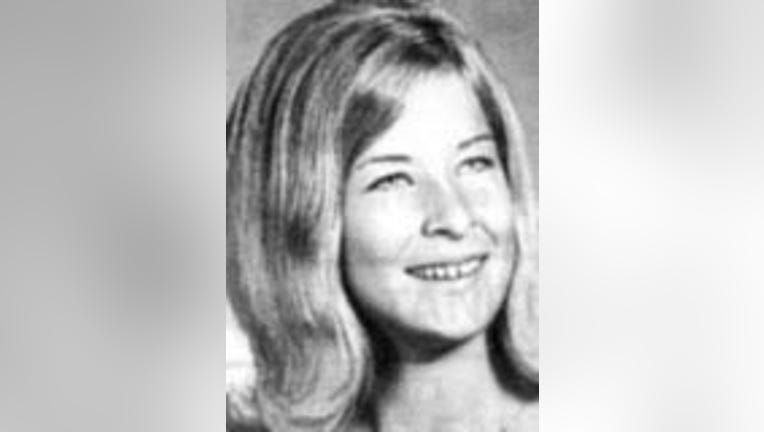 Christine Eastin has been missing since 1971. (Hayward Police Dept.)

HAYWARD, Calif. - From all accounts, it appeared that 19-year-old Christine Eastin had it all.

She had been homecoming queen at her high school in Hayward.

She was just a day away from starting a new job at an East Bay bank, and she was taking classes at Chabot College in Hayward.

Friends say she was beautiful, charismatic and kind.

But there may have been things, secrets, that Eastin, who disappeared 49 years ago this week, was hiding.

"I learned that she might have been pregnant," former Hayward police officer Dave Legro, who worked the case back in 1971, told KTVU in a story last year.

There was also an ex-boyfriend, with whom Eastin apparently still desired a relationship.

“She did still care about him,’’ said Judy Verhoek, a San Leandro woman who was a friend at the time of Eastin’s disappearance and still monitors the case to this day.

Police say the former boyfriend has been cleared as a suspect, and over the last five decades investigators have come up empty after chasing down countless leads and rumors about the woman's whereabouts.

Saturday marks 49 years since Eastin went missing after washing her ex-boyfriend’s car at the former Charlie’s Car Wash on Mission Boulevard in Hayward.

The case is the oldest missing-persons case currently open at the Hayward Police Department, but investigators this week are reminding the public and the woman’s family that the case is not closed.

“It has been 49 years since she disappeared,’’ the department posted on its Facebook page. “But this will remain an open investigation until we can bring long-sought answers to Christine’s family. To achieve this goal, we have a dedicated detective assigned to this investigation.”

Police spokeswoman Officer Claudia Mau said Detective Ryan Sprague has taken over the case and would like to speak to anyone who has information about Eastin or the case in general.

“He wants to make sure that he covers all his basis and makes sure he reaches out to the public,’’ Mau said. “Even if people have spoken to police before we are encouraging them to get in contact again.”

Here’s what is known:

On the night of Jan. 18, 1971, Eastin and a friend went to Mervyn’s department store in Hayward so Eastin could purchase a pair of boots that she had saved to buy. Her friend, Sandy Lemmon, told KTVU in a news story last year that Eastin dropped her off about 9:30 p.m. and said she was going to wash her boyfriend’s blue 1969 Ford Maverick, that she had been driving.

Eastin drove to her home in Hayward, took a shower, and told her family she planned to stop by a car wash before picking up her ex-boyfriend at a Jack in the Box restaurant where he worked.

She never arrived at the fast food restaurant and when the ex-boyfriend called her house looking for her, her family went out looking for the teen. The Maverick was found—still wet—at the car wash the following day. Eastin’s purse and bluish-gold scarf were on the front seat. Papers that had been inside the car were scattered on the ground nearby.

“There was nothing in her life or in her background that would indicate that she was a runaway, “ Verhoek said Thursday. Friends say Eastin was not involved with drugs and didn’t hang around with people who were.

She was, friends said, the all-American girl who one friend described as “like a Barbie doll."

Verhoek said she was always smiling and a “very sweet person.”

“People who went to high school with her have commented that as popular as she was, she was still a very nice person,’’ she said.

“I do think she was the victim of foul play,’’ Verhoek said. “ It’s frustrating beyond belief to not know what happened.”

Police too suspect foul play in her disappearance.

Anyone with information about the case should contact Detective Ryan Sprague at 510-293-7176.

There is a $50,000 reward for anyone who has information that leads to the conviction of the person responsible for Eastin’s disappearance.