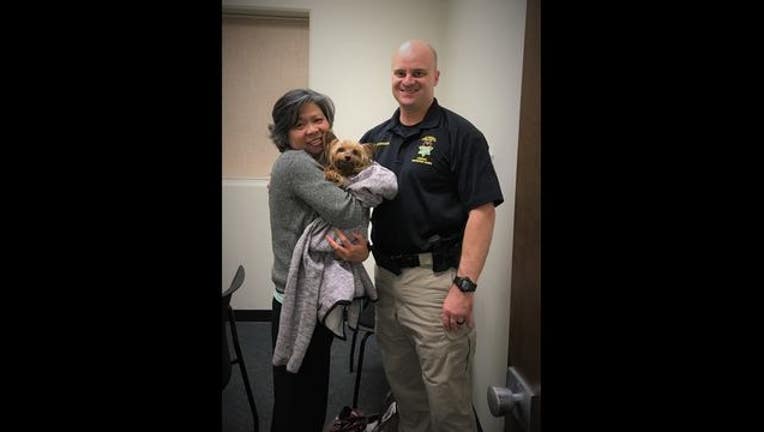 HAYWARD, Calif. (KTVU) - It was an emotional reunion for a woman and her beloved dog Coco after the Yorkie was stolen.

According to Hayward Police the Yorkie, named Coco, was stolen and a suspect tried to extort $20,000 from the woman in exchange for the Coco's safe return.

The woman refused to pay the ransom, and instead contacted Hayward Police.

A man and woman were arrested and Coco was reunited with the woman.

The woman and Coco were reunited on Valentine's day. Hayward Police posted about the reunion on Thursday saying tears of joy were shared between Coco's owner and the detectives.

Additional details on the case were not released.