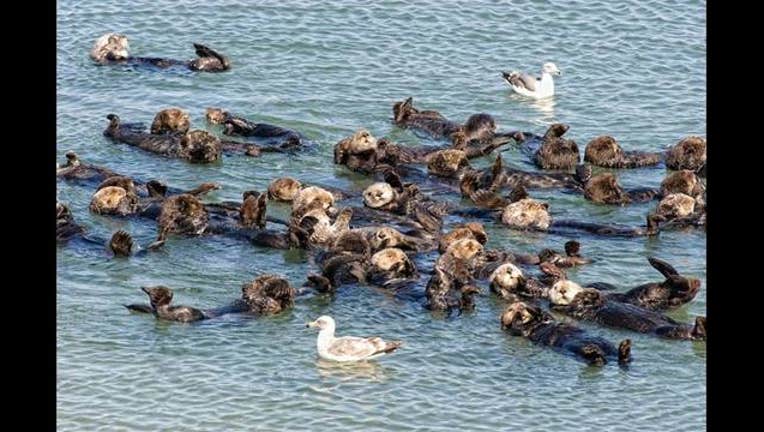 MONTEREY BAY, Calif. (KTVU) - A photo shows a group of sea otters, known as a "raft," lounging in the water off the Moss Landing coast.

According to the Monterey Bay Aquarium, "until the 1930's, rafts of otters had all but vanished." In 1911, the aquarium believes only about 50 otters in the area survived the fur hunters, and were living along the Big Sur Coast. By 1977, sea otters were added to the list of animals threatened under the Endangered Species Act.

Thanks to conservation efforts, the sea otter population - in the area between Half Moon Bay and Point Conception - has slowly expanded and grown to about 3,000 otters.

The aquarium says sea otters are essential to the Monterey Bay. They eat sea urchins and other invertebrates that eat giant kelp. The giant kelp provides a habitat for many sea animals, and without sea otters snacking on urchins, it would be difficult for giant kelp beds to form.