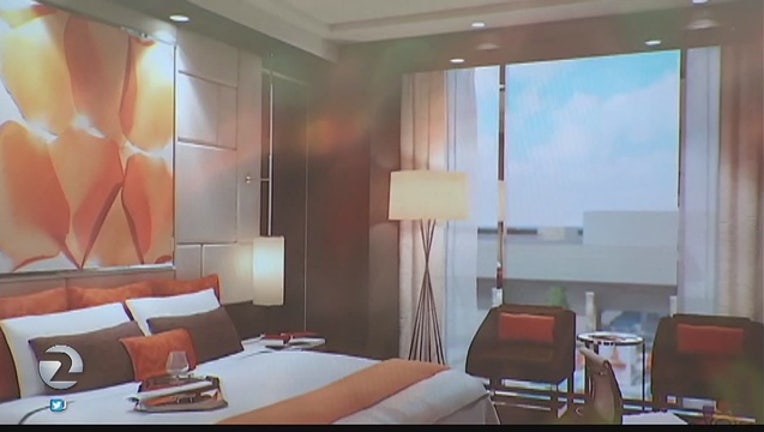 A public hearing is scheduled Tuesday evening on the Graton Resort and Casino's proposed expansion of its 200-room hotel west of Rohnert Park.

The Federated Indians of Graton Rancheria plan to add 200 rooms in a new wing perpendicular to the existing 200-rooom hotel, expand the banquet facility and the ground floor to include new meeting rooms.

The additional five floors of hotel rooms will rise on an existing parking lot and connect to the existing hotel and banquet facility.

The expansion will employ 1,000 people during construction and add 150 additional staff when completed.

The Graton Resort and Casino at 288 Golf Course Drive opened in November 2013.