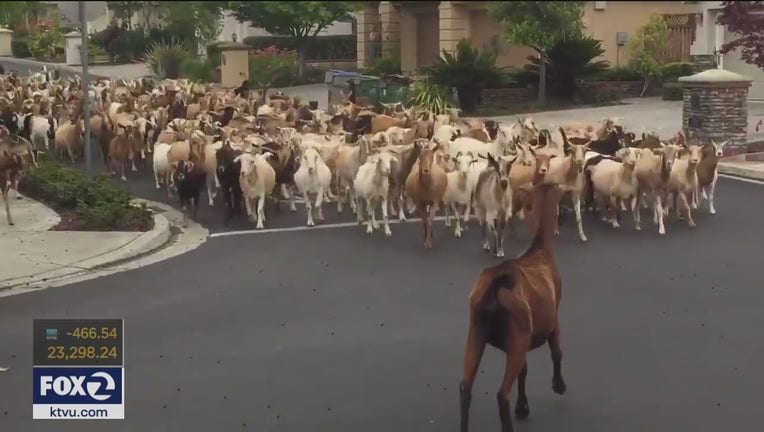 SAN JOSE, Calif. - An unusual sight appeared in the South Bay: A herd of about 200 goats running through the streets of San Jose.

The video, shot Tuesday night, shows the goats running along residential streets. The Mercury News reports they busted out of their enclosure.

Some people tried to move the goats along and shoo them away.

But some of the animals decided to stop for a quick snack and eat flowers from people's yards.

“When I got back from the store all the goats had broken through the fence and were (wreaking) havoc on our street,” Zach Roelands said in a Twitter post that included a video of the goats being rounded up. “This is the craziest thing to happen all quarantine.”