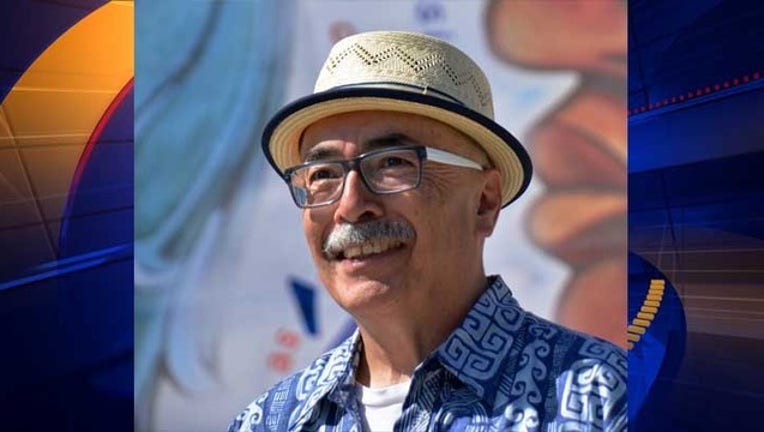 WASHINGTON (AP) — A son of migrant farm workers in California, Juan Felipe Herrera will be the next U.S. poet in chief.

The Library of Congress announced Wednesday the appointment of Herrera as the nation's 21st poet laureate for 2015 through 2016, beginning in September. Herrera, 66, whose parents emigrated from Mexico, will be the nation's first Latino poet laureate since the position was created in 1936.

Librarian of Congress James Billington said he sees in Herrera's poems the work of an American original.

"His poems engage in a serious sense of play — in language and in image — that I feel gives them enduring power," Billington said in a written statement. "I see how they champion voices, traditions and histories, as well as a cultural perspective, which is a vital part of our larger American identity."

Some of the works Herrera said he most enjoyed writing were captured in "Half the World in Light," a book of poems lauded for his experimentation and for documenting his Chicano experience in America.

Herrera was born in 1948 in Fowler, California. His family of migrant workers moved often, at times living in tents and trailers along roads. His father learned English by paying fellow workers pennies to teach him each new word.

Herrera said he is humbled and overwhelmed to be named U.S. poet laureate and to be the first of Latino descent.

The laureate position involves crafting poetry projects and broadening the audience for poetry. The 2013-2014 poet laureate, Natasha Trethewey, launched a series of reports from locations nationwide for a "PBS NewsHour" poetry series to explore societal issues.

For his term, Herrera is envisioning a program with the Library of Congress that he calls Casa de Colores — House of Colors — to include people of every color and cultural background. He may host voice ensembles with young people to engage with poetry, perhaps taking a poem by Walt Whitman and then having a group write a poem together to perform in spoken word or with music. Or perhaps the public could contribute to a national writing project by making submissions online.

"Yes, I am the first Latino poet laureate in the United States. But I'm also here for everyone and from everyone. My voice is made by everyone's voices," Herrera said.

At the same time, he said, he also wants to encourage more young Latino students to write and read and benefit from the Library of Congress' resources.

"You know, we speak about understanding each other, having those conversations nationwide — culturally, historically — and yet there's a lot of gaps," he said. "So I want to assist with closing the gap of knowing about and hearing about our Latino communities in terms of literature, in terms of writing.

Herrera grew up speaking Spanish in his early years and became ashamed to speak at school, so he shut down, he said. But he eventually found his voice through joining choirs in middle school and high school.

Herrera eventually graduated from UCLA, earned graduate degrees at Stanford and the University of Iowa Writer's Workshop, and built a career in teaching.