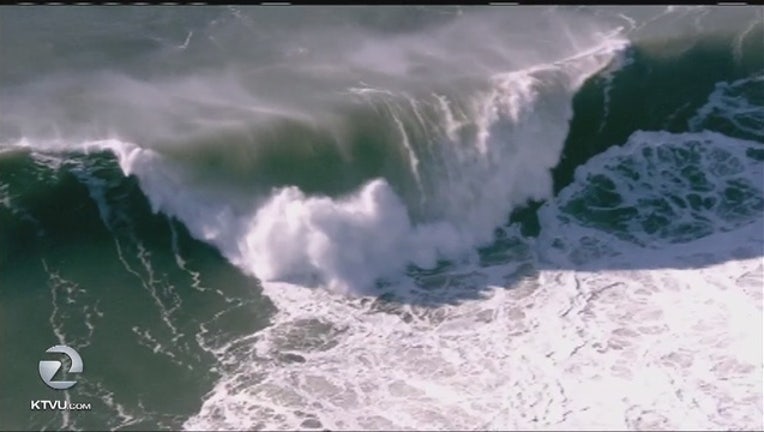 Bay Area beaches goers should be wary of dangerous surf conditions starting Thursday at noon due to a large storm in the Gulf of Alaska, according to the National Weather Service.

The storm brought high winds to Alaska Tuesday and Wednesday, which created large waves that are moving south all the way into the Bay Area, said National Weather Service Meteorologist Spencer Tangen.

"There is a high surf advisory from Sonoma County all the way down to Santa Cruz (and) down to Monterey County and down to the San Luis Obispo coastline," Tangen said. "We haven't seen waves like this since at least last spring."

The advisory is in effect until 9 p.m. Friday.

"People should use extra caution when they're at the beach," Tangen said. 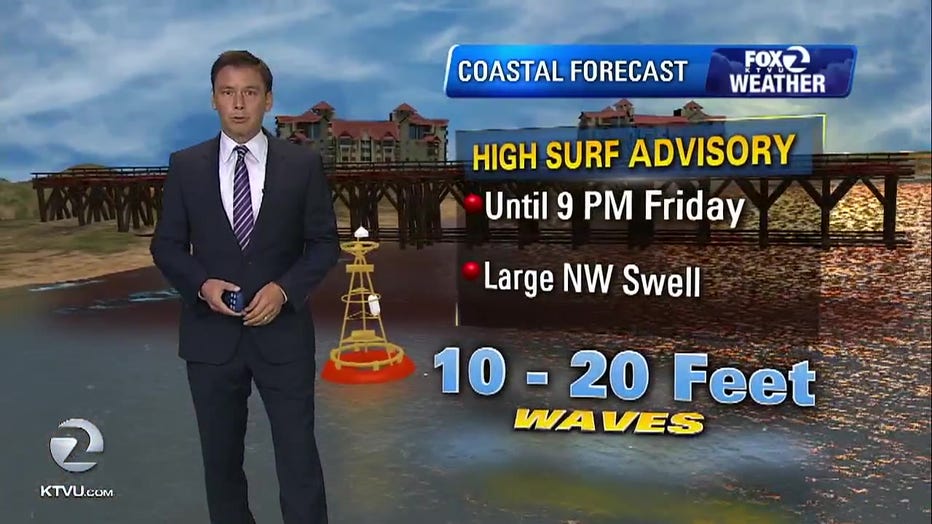 Coastal seas are expected to run from 8 feet to 12 feet during the day Thursday, building from 10 feet to 13 feet Friday. Breaking waves at beaches are expected to crest from between 15 feet to 20 feet, according to National Weather Service officials.

In addition to the storm effect, beaches "are transitioning from summer to winter mode, which means that waves can travel pretty high up the
beach and crash close to the shore," Tangen said.

The high surf brings with it an increased risk of rip currents, which can carry swimmers and surfers out to sea.

And with water temperatures ranging from the mid- to upper-50s, people dragged into the ocean can quickly suffer hypothermia and even go into shock, Tangen said.