Officers were able to successfully negotiate with man throwing construction tools at them from atop a five-story building under construction on Warm Springs Boulevard in Fremont, bringing a six-hour standoff to an end, police said. 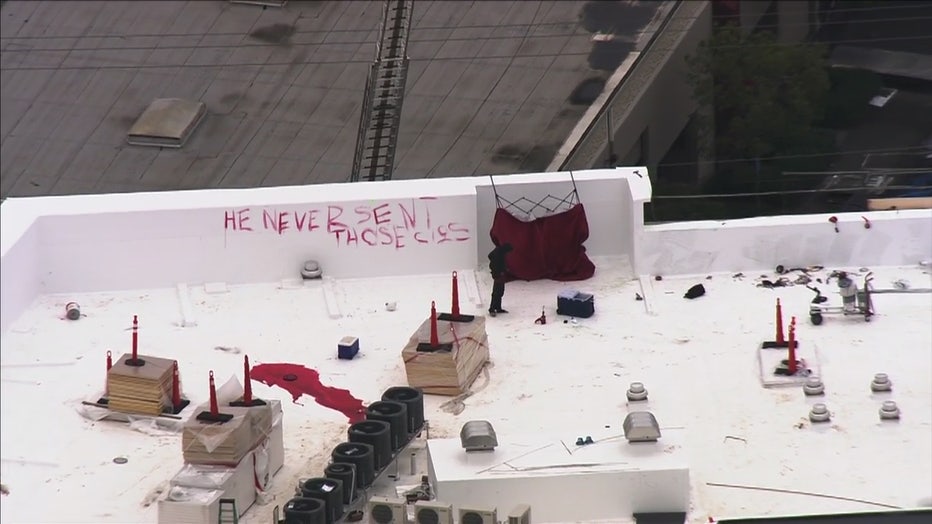 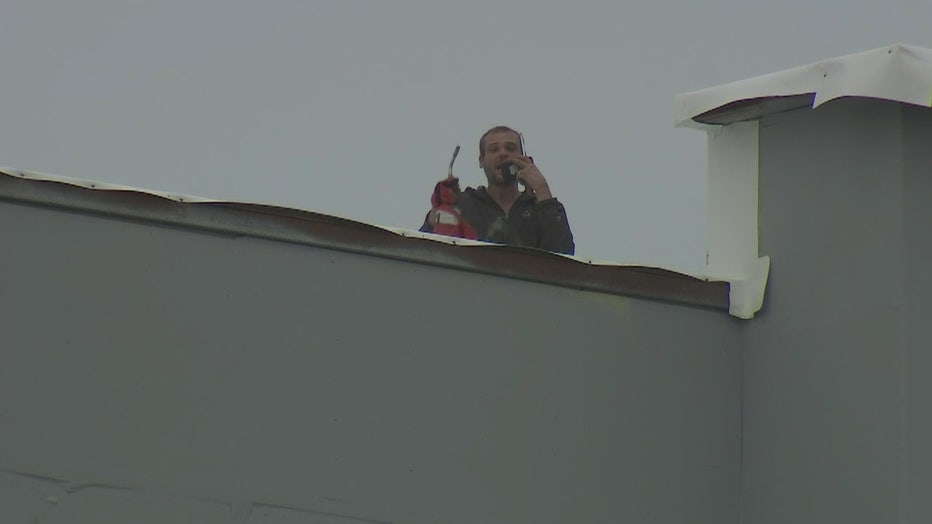 FREMONT, Calif. - Officers were able to successfully negotiate with man throwing construction tools at them from atop a five-story building under construction on Warm Springs Boulevard in Fremont, bringing a six-hour standoff to an end, police said.

The man is suspected in an earlier home-invasion, reported at 10:20 a.m. at a house in the area of Warm Springs Boulevard and Brown Road, according to Fremont police.

The suspect entered home and was there for about 10 minutes before the resident realized he was there, said Fremont police spokeswoman Geneva Bosques.

When the resident confronted him, he struck her and fled with some items from the home, Bosques said. Neighbors, who heard her yell and saw the suspect running away, called 911.

Police responded and a detective spotted the suspect running into the five-story building around 11:30 a.m.

When it was determined he was on the roof, police sent an emergency medical team. Officers talked with the man, brought him the cigarretes and food he had requested, and eventually got him to safely surrender.

"Public safety is always our top priority," said Sgt. Ricardo Cortes. "We made a strategic decision to take our time, de-escalate the situation— communicate in order to come to a peaceful resolution."

Multiple drones were deployed to help officers on the ground see what the suspect was up to.

The man wasn't armed, but he threw various items down to the ground like a fire extinguisher, hammers, and at least one screw driver.

Sgt. Cortes said the man was "basically hitting the roadway" with the objects he was throwing and that the perimeter was secure.

However, roads in the area were closed. "We were waiting in the traffic for about 45 minutes. We didn't know what happened," said Arjun Uday who was trying to make his way to the Coconut Hill Indian Grocery Store, across the street from the standoff.

Employees at the store said the police activity impacted business. Many applauded the police for how they handled the situation.

"Police are doing a good job, a very good job. I've been volunteering with them, providing them with refreshments and everything," said Bimal Bhagvad who works nearby.

The resident in the reported burglary was injured when she was hit, but didn't require hospitalization, Bosques said. No other injuries were reported.

The suspect surrendered at around 5:30 p.m. He will undergo psychiatric evaluation before being booked on criminal charges. 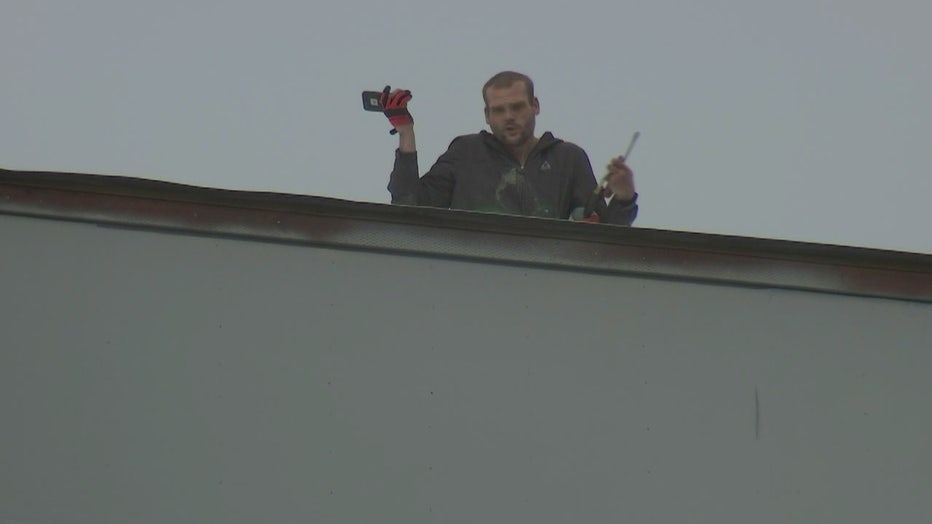 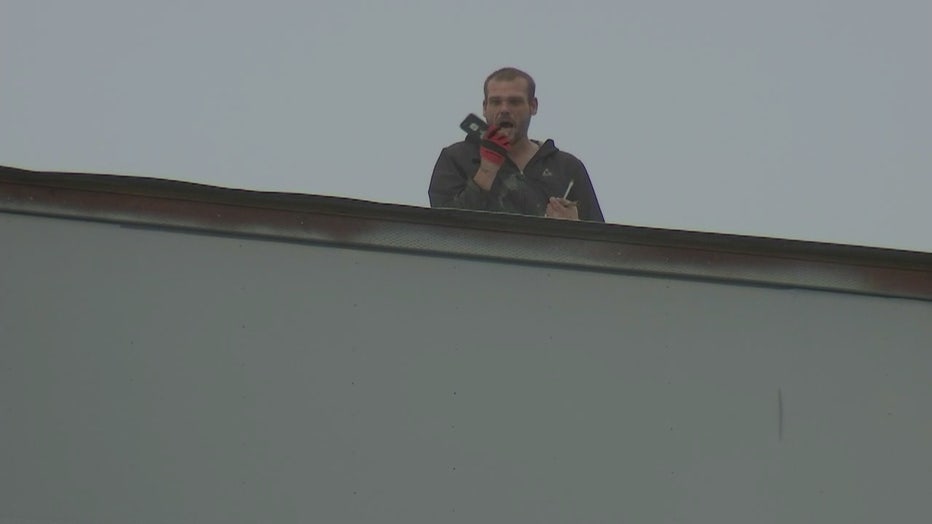 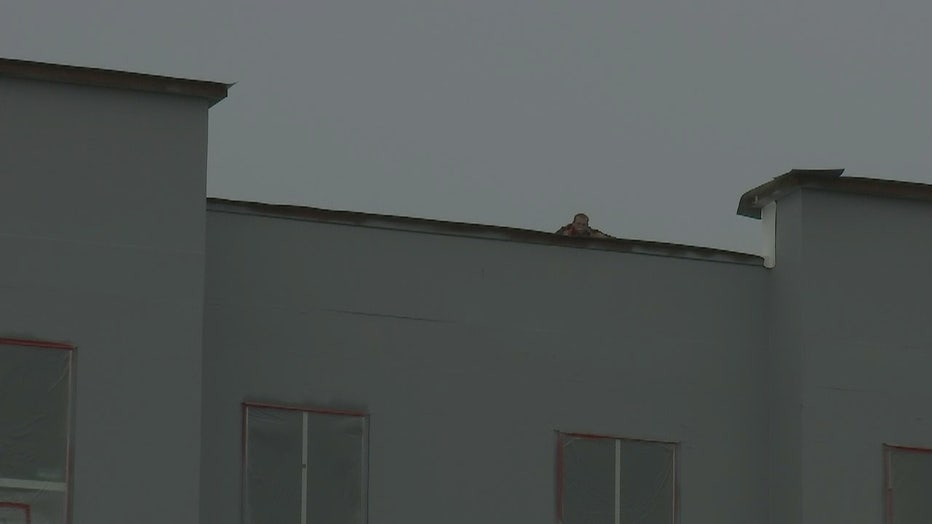 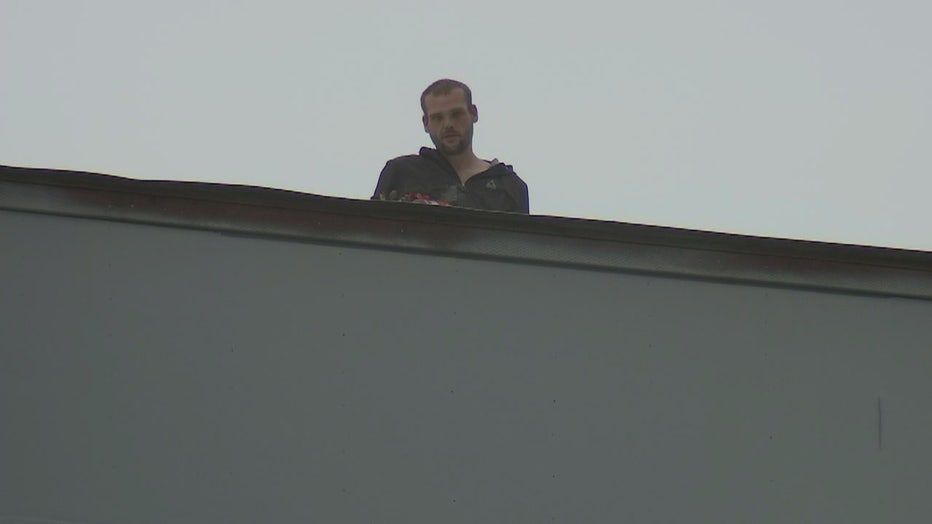