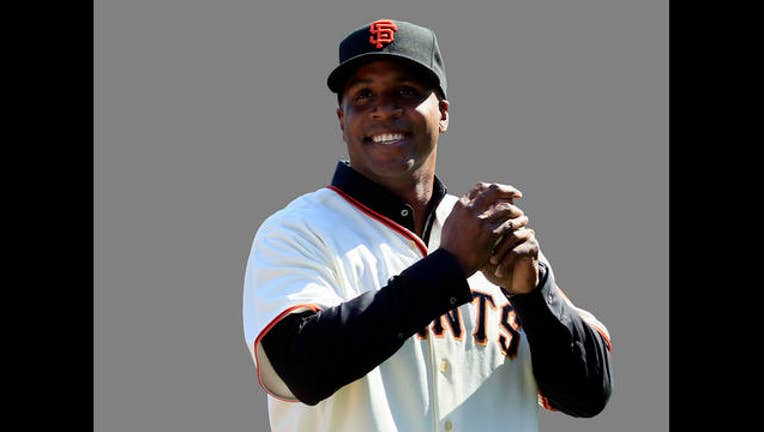 On the 10th anniversary of breaking baseball's all-time home run record, Bonds told The Associated Press on Monday night that believes he would have hit 800 homers or come very close.

Bonds said it "stung" to walk away from a decorated 22-year career with little notice immediately after a record-setting 2007 season with the San Francisco Giants in which he topped Hank Aaron's mark.

Bonds said there were never discussions about him playing for the Giants in 2008. He also said he didn't push for it because, "I was just told I'm not coming back and that was it."

The 53-year-old Bonds now works for the Giants. He was at AT&T Park on Monday night, the same place he hit No. 756 to pass Aaron.

Bonds finished with 762 home runs. The seven-time NL MVP finished his career under the cloud of steroids allegations.

"It's all right, though. Those 22 were still good. I wish I could have gotten to retire better, or just walk away better, whatever it was, however you want to call it," he said.

Bonds waved from the broadcast booth when he was shown on the big board before the top of the third inning, when highlights of his record-setting homer were played.

Bonds said he hadn't even thought about this being 10 years since his milestone home run until hearing from the team with an invite to the ballpark Monday, when the Giants hosted the World Series champion Chicago Cubs.

As the Giants hitters got loose, Bonds pondered what might have been with a season more of chances.

"It always will eat at you in a way, always, because it just wasn't right the way it was done. It is what it is. Just to say goodbye like that after all, that's not cool," he said.

"But I've learned to overcome it and accept it and move on. If I didn't overcome it I wouldn't be back here. There's no reason to subject myself to that kind of stuff. If it wasn't for me to just overcome it then just say, I played my 22 years, I had a great career, I love my city, the city loves me. That means more to me than anything. You've got to weigh it all. Great community, great city, great fans here, family I say mostly, that's what they are."

In July 2015, Bonds said he had a huge "weight lifted" when federal prosecutors dropped what was left of their criminal case against him after a nearly decade-long steroids prosecution.

Bonds was on 53.8 percent of Hall of Fame ballots in this year's voting, up from 43.3 percent of ballots last year and 36.2 percent in his initial appearance.

Whether he believes he will eventually be enshrined at Cooperstown, Bonds isn't ready to go there.

"When the time comes I can answer that, but right now there's nothing really to answer," he said. "It's all a big why? I'm not the one doing it."

Fit and friendly, Bonds is now an avid cyclist. He finally got a plaque on the Giants Wall of Fame this spring.

A jury found Bonds guilty in 2011 for giving a meandering answer to a federal grand jury in 2003 when asked whether his personal trainer gave him anything that required a syringe for self-injection. An 11-judge panel of the U.S. 9th Circuit Court of Appeals overturned that conviction this past April.

Bonds was charged in 2007, four years after his testimony before the grand jury after receiving a grant of immunity. He didn't dispute that he took steroids, but testified to the grand jury that his former trainer, Greg Anderson, told him they were flaxseed oil and arthritic balm.

"Yeah, it stung at the time, hard. But we built a good franchise here," Bonds said. "The team was going to be sold at the time and when you weigh everything in it, we kept a great team in San Francisco, they're winning championships. The Bay Area's great, so who cares."