Hope Hicks, one of President Donald Trump's most trusted and longest-serving aides, is returning to the White House.

WASHINGTON (AP) - Hope Hicks, one of President Donald Trump's most trusted and longest-serving aides, is returning to the White House as his reelection campaign moves into high gear.

Hicks will be serving as counselor to the president, working with presidential son-in-law and senior adviser Jared Kushner, according to a person familiar with the situation who spoke on condition of anonymity because the announcement had not yet been made public. She will not be part of the White House communications department, but will be working closely with Kushner and White House political director Brian Jack, a White House official confirmed.

Hicks, who was one of Trump's original 2016 campaign staffers and moved with him to Washington after he won, had served as White House communications director before she left in 2018. She moved to California, where she joined the Fox Corporation as executive vice president and chief communications officer. 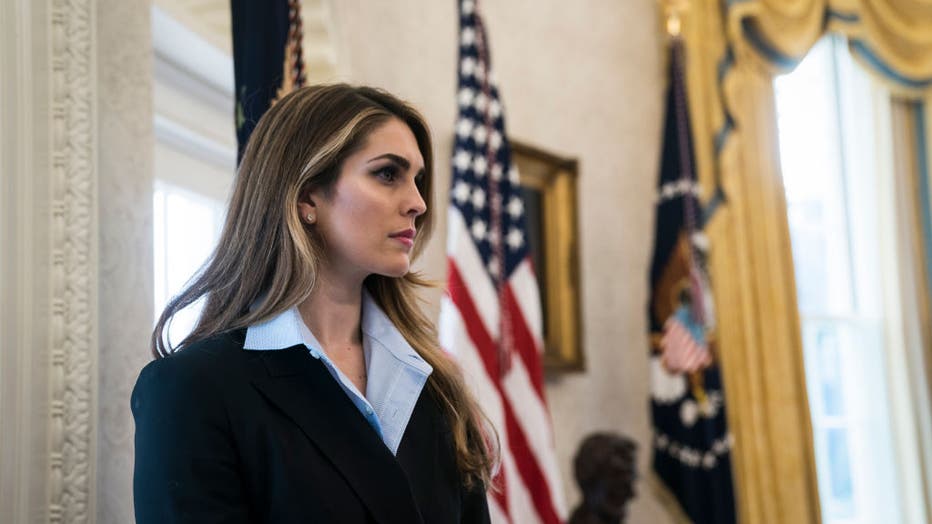 Hicks will be serving as counselor to the president, working with presidential son-in-law and senior adviser Jared Kushner. (Photo by Jabin Botsford/The Washington Post via Getty Images)

“I have worked with Hope for almost six years and can say without hesitation she is one of the most talented and savvy individuals I have come across," White House press secretary Stephanie Grisham said in a statement. “She has always impressed me with her quiet confidence, loyalty and expertise, and I am beyond thrilled to welcome Hope back to the White House.”

“There is no one more devoted to implementing President Trump’s agenda than Hope Hicks," Kushner said in a statement. “We are excited to have her back on the team.”

Hicks did not immediately respond to a request for comment.

Known for her loyalty and low public profile, Hicks was part of the small inner circle that traversed the country with Trump aboard his private jet as he waged his unlikely campaign for the Republican nomination and then the presidency in 2015 and 2016. She was often described as someone who was especially deft at reading the president's moods and helping others navigate his instincts.

The news comes after another longtime former aide, body man John McEntee, rejoined the White House after being dismissed in 2018.