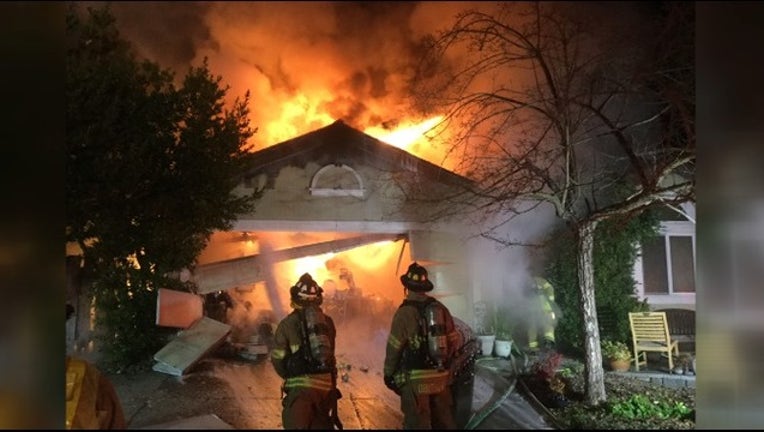 Nine people were displaced in a Martinez house fire started by hot ashes that were placed in a plactic garbage container.

(BCN) - Nine people were displaced by a house fire in Martinez early this morning that was ignited by hot ashes that were placed in a plastic garbage container, according to the Contra Costa County Fire Protection District.

Five engines and two trucks responded at 4:22 a.m. to the fire in the 2300 block of Banbury Loop, fire Capt. Tracie Dutter said.

The fire occurred when residents placed hot ashes into a plastic container near a gas meter, resulting in a high-pressure gas leak when the ashes melted through the container and meter.

The fire district reminds residents that hot ashes should only be placed in metal containers.