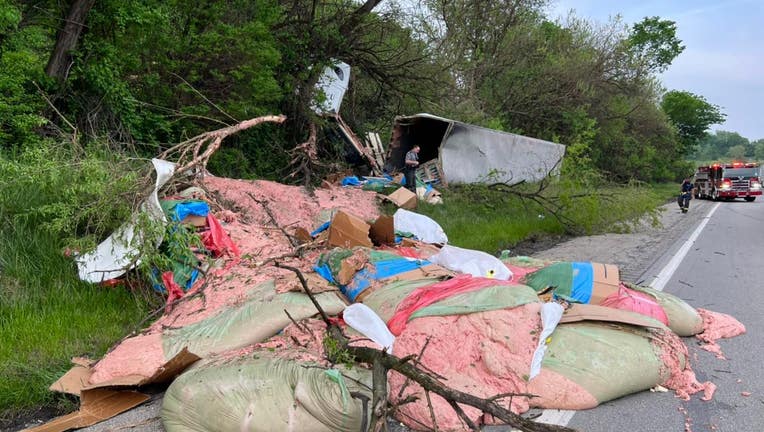 ROSTRAVER, Penn. - Highway crews in Pennsylvania were left with a slimy mess last week when a semi-truck carrying 15,000 pounds of hot dog filler crashed and spilled pink slime all over the interstate.

According to Pennsylvania State Police, the 30-year-old truck driver was speeding on Interstate 70 in Rostraver when he lost control. The truck’s brakes were faulty, and it wasn’t able to stop until it crashed into trees. The truck overturned, spewing the meat product onto the highway.

Troopers said the spill was caused by the "violent stopping motion" of the truck. Photos of the spill provided by the Rostraver Central Fire Department show the meat product stored in what appears to be plastic bags.

The driver received "numerous" citations, including speeding, troopers said. He and a passenger had minor injuries and were treated on scene.

What is hot dog filler made of? 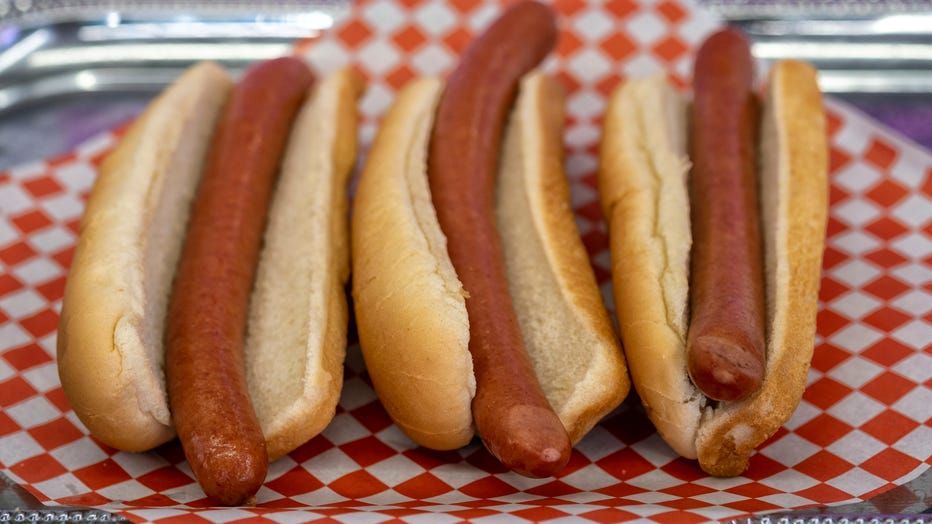 Hot dog filler — known to many by its unsavory nickname, pink slime — is a mix of beef, pork, meat byproducts and preservatives. Meat processors call it lean finely textured beef.

It was the center of controversy in 2012 after an ABC News report emphasized that the product at the time was present in 70% of ground beef, but wasn’t labeled. After the reports aired, some grocery store chains said they would stop carrying ground beef that contained the product.

A South Dakota-based meat processor, Beef Products Inc., filed a $1.9 billion defamation lawsuit against ABC in 2012, saying ABC’s coverage misled consumers into believing the product is unsafe, is not beef and isn’t nutritious. ABC settled the case in 2017 for an undisclosed amount.

Former Department of Agriculture microbiologist Gerald Zirnstein named the product "pink slime" in a 2002 agency email. He was among several people who were dismissed from the lawsuit before trial.

This story was reported from Seattle. The Associated Press contributed.