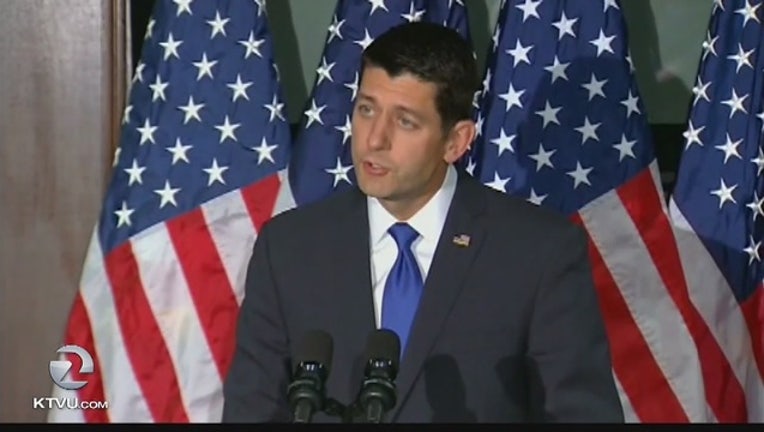 By ALAN FRAM
Associated Press
WASHINGTON (AP) -- Sometimes the last train out of the station can't carry everything. That's the case with the $1.3 trillion spending measure Republican and Democratic bargainers unveiled late Wednesday and plan to push through Congress this week.

The measure financing government agencies through September is likely the last must-pass bill lawmakers will consider this election year. Here's a sampling of what made it aboard and what got left behind:

--$591 billion for domestic programs: That includes nearly $5 billion to battle abuse of opioid drugs, $3 billion more than last year; $21 billion for transportation and other infrastructure projects; and boosts for veterans, law enforcement and aid to states for child care.

--Gateway: $900 million is not specifically directed to a new rail tunnel under the Hudson River, as many New York area lawmakers -- including Senate Minority Leader Chuck Schumer, D-N.Y. -- wanted. Trump wanted to block it. But a Schumer aide said the project was in position to win more than half the money sought.

--Wildfires: Creates a disaster fund exceeding $20 billion over a decade to combat increasingly worse wildfires that have devastated the West in recent years.

--Tax fix: Republicans passed their $1.5 trillion tax bill so quickly last December that it's studded with mistakes. A major one involves language inadvertently giving a tax advantage to farmers who sell crops to cooperatives instead of other buyers. Democrats who unanimously opposed the tax bill had little motivation to help the GOP fix its goof -- but they did in exchange for expanded tax credits for low-income housing.

NOT IN THE BILL

--Helping Dreamers: Protections against deportation were not revived for hundreds of thousands of young immigrants brought to this country illegally as children. Democrats backed the renewal and sought possible citizenship for the immigrants but were unwilling to pay the price the White House demanded: $25 billion for Trump's proposed wall. Trump halted President Barack Obama's Deferred Action for Childhood Arrivals program, though courts have temporarily kept it alive.

--Buttressing Obamacare: Omitted were federal subsidies that Trump ended for insurers who lower deductibles and co-payments for lower-earning consumers, as required by Obama's health care law. Also blocked: a new $30 billion, three-year program to help carriers cover their costliest customers. Both proposals, which had bipartisan support, were aimed at curbing the growth of premiums. Bargainers clashed over many differences, including proposed GOP abortion restrictions.

--Robert Mueller: Amid a stream of attacks by Trump on the special counsel's probe of possible connections between Russia and Trump's 2016 presidential campaign, there is no language making it harder for the president to fire Mueller.