The U.S. House of Representatives’ Permanent Select Committee on Intelligence released a report Tuesday on the impeachment inquiry against President Donald Trump.

WASHINGTON - The U.S. House of Representatives’ Permanent Select Committee on Intelligence released a report Tuesday on the impeachment inquiry against President Donald Trump.

“The impeachment inquiry into Donald J. Trump, the 45th President of the United States, uncovered a months-long effort by President Trump to use the powers of his office to solicit foreign interference on his behalf in the 2020 election,” the report said.

“As described in this executive summary and the report that follows, President Trump’s scheme subverted U.S. foreign policy toward Ukraine and undermined our national security in favor of two politically motivated investigations that would help his presidential reelection campaign.” 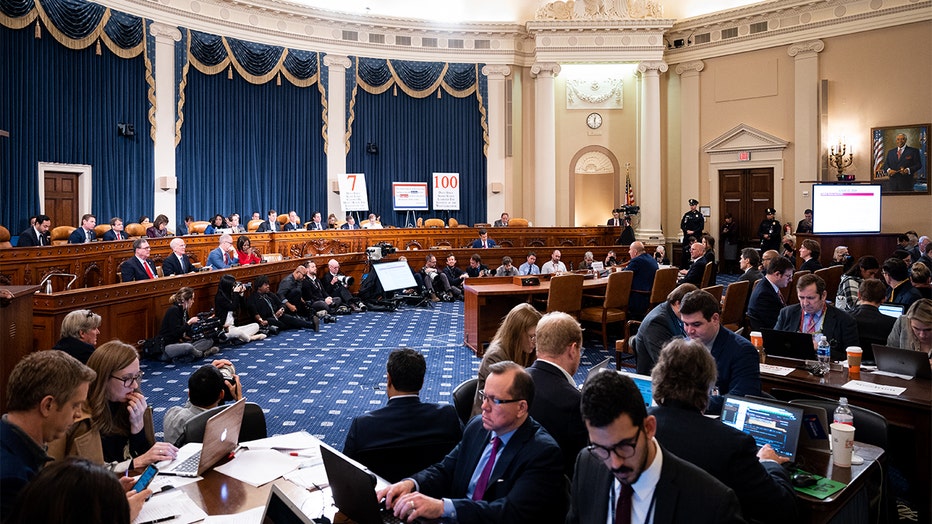 “The President demanded that the newly-elected Ukrainian president, Volodymyr Zelensky, publicly announce investigations into a political rival that he apparently feared the most, former Vice President Joe Biden, and into a discredited theory that it was Ukraine, not Russia, that interfered in the 2016 presidential election,” the report said.

The findings were meant to lay the foundation for the House Judiciary Committee to assess potential articles of impeachment starting Wednesday. This presents a history-making test of political judgement with a case that is dividing Congress and the country.

Possible grounds for impeachment are focused on whether Trump abused his office as he pressed Ukrainian President Volodymyr Zelenskiy in a July 25 phone call to open investigations into Trump’s political rivals.

At the time, Trump was withholding $400 million in military aid, jeopardizing key support as Ukraine faces an aggressive Russia at its border.

“To compel the Ukrainian President to do his political bidding, President Trump conditioned two official acts on the public announcement of the investigations: a coveted White House visit and critical U.S. military assistance Ukraine needed to fight its Russian adversary,” the report said.

The Democratic majority on the Intelligence Committee said its report, compiled after weeks of testimony from current and former diplomats and administration officials, will speak for itself in laying out the president’s actions toward Ukraine.

The report claimed Trump used the power of the Office of the President to pressure a foreign country to help the president’s reelection campaign.

“Indeed, President Trump continues to encourage Ukraine and other foreign countries to engage in the same kind of election interference today. However, the Founding Fathers prescribed a remedy for a chief executive who places his personal interests above those of the country: impeachment,” the report said.

“Accordingly, as part of the House of Representatives’ impeachment inquiry, the Permanent Select Committee on Intelligence, in coordination with the Committees on Oversight and Reform and Foreign Affairs, were compelled to undertake a serious, sober, and expeditious investigation into whether the President’s misconduct warrants that remedy.”

The report also laid out Trump’s “unprecedented campaign of obstruction” of the impeachment inquiry.

The next step comes when the House Judiciary Committee gavels open its own impeachment hearings with legal experts to assess the findings and consider potential articles of impeachment ahead of a possible vote by the full House by Christmas. That would presumably send it to the Senate for a trial in January.

The Judiciary Committee’s chairman Jerry Nadler, D-N.Y., said Monday if the president really thought his call with Ukraine was “perfect,” as he repeatedly says, he would “provide exculpatory information that refutes the overwhelming evidence of his abuse of power.“