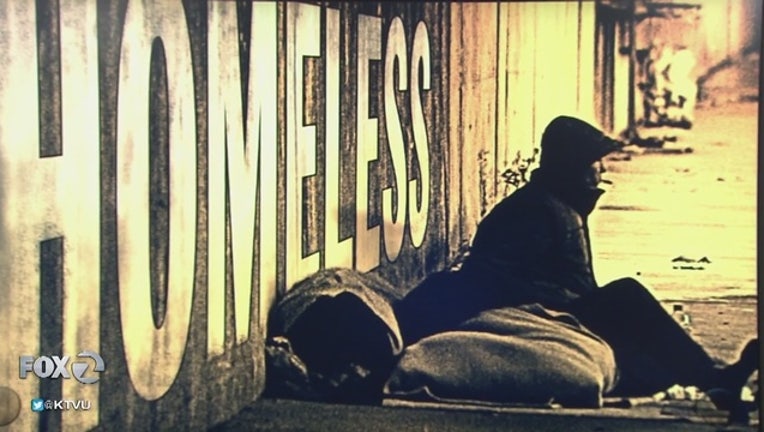 OAKLAND (BCN)-- In the midst of a housing crisis in Oakland, the number of  single-room occupancy hotels in the city is decreasing as owners market them to higher paying tenants, according to a new map by the Anti Eviction Mapping Project and the Housing Consortium of the East Bay.

Today, according to a visual survey by organizers with the mapping project, the number has dropped by one-third.

Project organizers said hundreds of rooms have been lost in the last year as the Hotel Travelers at 392 11th St., The Grand Hotel at 641 W. Grand Ave. and the Empyrean Towers at 344 13th St. have closed.

"We are seeing a reduction," Darin Lounds, executive director of the Housing Consortium of the East Bay, said.

The consortium helps low-income individuals with special types of needs find housing and in the past has used SROs for temporary housing for some.

Mapping project organizers said the drop in the number of SROs is correlated with an increase in the city's homeless population.

Mapping project co-founder Erin McElroy said she and others with her organization confirmed the correlation with city of Oakland data and with interviews with homeless individuals.

"Over the last five years the homeless population has steadily increased in Oakland," McElroy said, adding that many former SRO tenants end up living homeless in the same neighborhoods they were once renting in.

Mapping project organizers said that when low-income housing is lost there's nowhere else for people with limited income to go except on the street.

Housing developers are at least partly to blame for the decrease in SROs, according to organizers with the mapping project.

Developers substantially rehabilitate a property to eliminate rent controls, which was allowed under Oakland laws until last month when the City Council placed a moratorium on the practice.

But mapping project organizers said the moratorium is either being ignored, it's ineffective or it's not being enforced. For example, the Sutter Hotel is advertising nightly rooms for tourists, according to project organizers.

An email to Hawkins Way Capital, which according to the Anti Eviction Mapping Project owns at least one SRO or former SRO, was not returned today.

City Councilwoman Lynette Gibson McElhaney said in a newsletter that the moratorium is meant to give councilmembers time to craft legislation to save the city's SROs.

Other legislation to save SROs in Oakland was introduced in February in the California State Assembly.

Assemblyman Rob Bonta, D-Oakland, introduced AB423, which would exempt SROs from the state's Ellis Act. The Ellis Act allows a landlord to evict tenants so the landlord can get out of the rental business.

Despite the losses, some SROs are being converted to affordable housing and Oakland's Measure KK may be a source of money to preserve SROs, Lounds said.