Houston Police Sgt. Harold Preston was shot and killed in the line of duty on Tuesday, Oct. 20,

HOUSTON - A Houston police sergeant was killed and another officer was injured in a shooting while responding to a disturbance call on Tuesday morning.

Chief Art Acevedo identified the officer who died as Sgt. Harold Preston, a 41-year veteran of the department.

Officers arrived at the apartment complex around 8:15 a.m. for the initial distrubance call. Houston police say the estranged wife of the suspect was moving out and wanted to get some items from the apartment, but the door was locked.

Officers spoke with the woman in the parking lot for close to an hour.

Around 9:25 a.m., police say the suspect’s 14-year-old son, who had been in the parking lot with the mom, unlocked the door to the apartment and opened the door.

Chief Acevedo says the son saw that the father had a gun and told officers. The police chief says the suspect immediately began shooting at the officers. 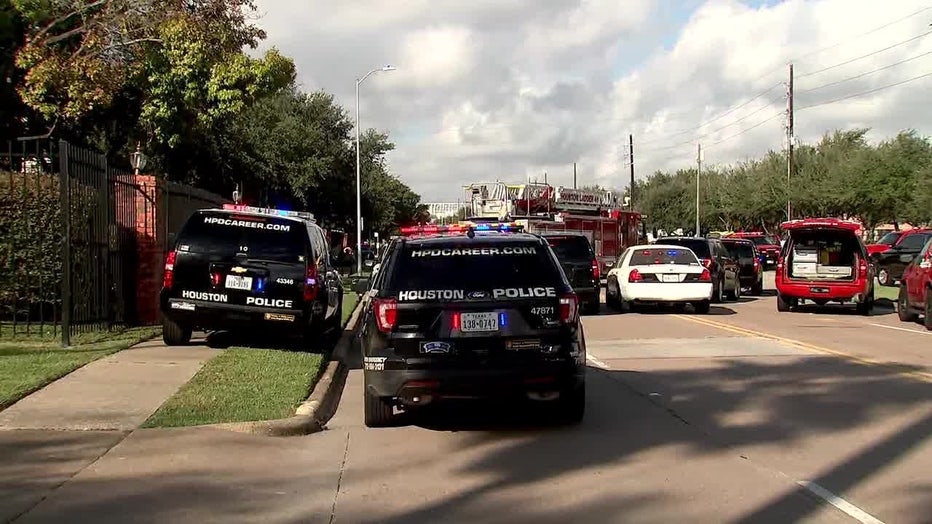 A large law enforcement presence is seen on Holly Hall after two police officers were shot.

Officers put out a call for assistance. Responding officers were able to move Sgt. Preston away from the front door of the apartment.

Both officers were taken to the hospital, where Sgt. Preston later passed away. The 14-year-old boy was also taken to a hospital with a gunshot wound to the arm.

The suspect, identified as 51-year-old Elmer Manzano, surrendered around 10:26 a.m. 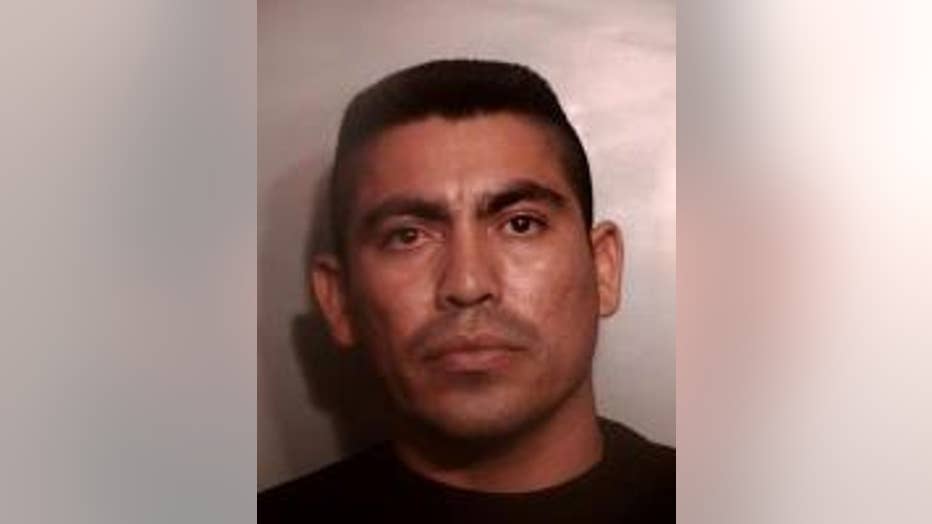 Chief Acevedo said the suspect had been shot in the abdominal area during an exchange of gunfire, and he was taken to the hospital for treatment.

Several agencies including the Special Investigations Unit, the District Attorney's Office and Internal Affairs are investigating.

41-year police veteran Harold Preston was described as a hero by his colleagues.

"Those of us who knew, loved, & respected Sgt. Harold Preston knew him to be a wonderful, courageous, and humble servant, from an amazing family. While many may never say his name, or honor his life of selfless service, we will never forget. RIP kind hero, we will celebrate you," Chief Acevedo wrote on Twitter.

In a statement, Texas Governor Greg Abbott said, "Our hearts are with the family of Houston Police Sgt. Harold Preston who was shot and killed in the line of duty this morning. This tragic loss is a grave reminder of the dangers our brave law enforcement officers face while keeping our communities safe. Cecilia and I ask our fellow Texans to join us in lifting up Sgt. Preston's family in prayer in their time of need. We also ask all Texans to pray for the speedy recovery of Houston Police Officer Courtney Waller who was shot while responding to the same incident and is recovering in the hospital. The state stands ready to assist the Houston Police Department in bringing to justice the perpetrators of this horrific tragedy."

Manzano, the suspect in the deadly shooting, is said to be in the U.S. illegally. And even though he's a convicted felon, enough time has passed that would allow him by state law to have a gun at his home.

ICE has placed an immigration detainer on him.

Immigration and Customs Enforcement released the following statement on Manzano:

Elmer Rolando Manzano-Martinez, 51, is a citizen of El Salvador and convicted criminal alien who is unlawfully present in the U.S. On Oct. 20, officers from U.S. Immigration and Customs Enforcement’s (ICE) Enforcement and Removal Operations (ERO) in Houston, Texas, placed an immigration detainer with the Harris County (Texas) Sheriff’s Office (HCSO) on Manzano-Martinez after he was arrested for murder.