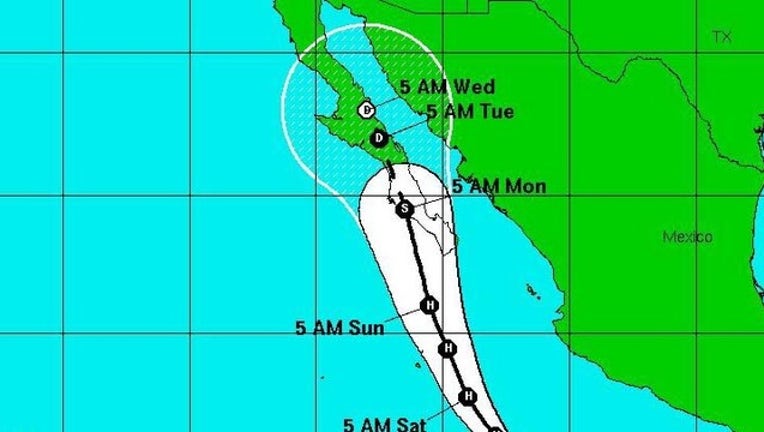 MIAMI (AP) — Hurricane Blanca has gotten a little stronger in the eastern Pacific off Mexico's coast but remains a Category 2 storm.

Blanca's maximum sustained winds early Friday are near 105 mph (165 kph). Some strengthening is possible during the next day or so, but the U.S. National Hurricane Center says weakening is forecast to begin late Saturday.

The hurricane is centered about 350 miles (560 kilometers) south-southwest of Manzanillo, Mexico, and is moving northwest near 10 mph (17 kph).

Swells generated by Blanca are affecting Mexico's southwestern coast and will reach the Pacific coast of the Baja California peninsula and the southern Gulf of California later in the day. The swells are likely to cause life-threatening surf and rip current conditions.