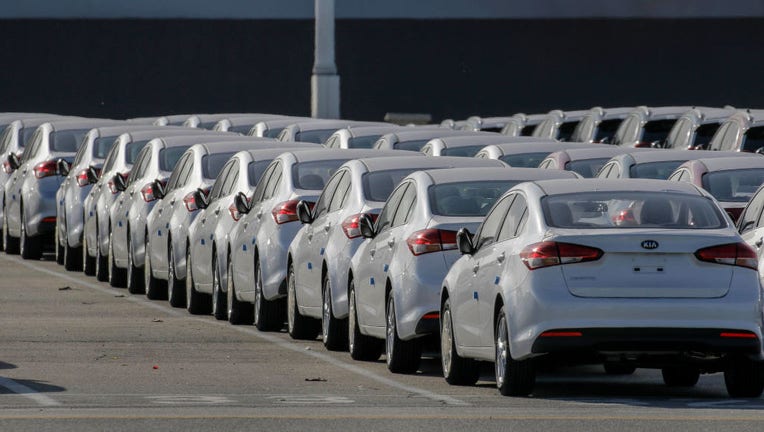 A wave of Hyundai and Kia thefts over the past year driven by social media has made headlines across the country, and a new report suggests it hasn't been exaggerated.

Several models from the related brands built from 2011 to 2021 did not have immobilizers to prevent them from being started without a key present.

Criminals discovered that 2011 to 2021 Kias and 2015 to 2021 Hyundais equipped with ignitions that use a physical key, rather than a wireless key fob and push-button, could be started by using the tip of a USB cable, and the technique was posted online last year.

Tens of thousands of cars have been stolen since, some of them by teens not even old enough to have a driver's license.

THIS PICKUP TRUCK WAS THE MOST-STOLEN VEHICLE OF 2021

A new analysis by the Insurance Institute for Highway Safety's Highway Loss Data Institute (HLDI) found that the theft claim frequency was more than 80% higher for 2015-2019 model-year Kias and Hyundais combined than the average of all other brands.

"Unfortunately, Hyundai and Kia have lagged behind other automakers in making them standard equipment."

US TRAFFIC DEATHS DOWN BUT REMAIN AT ‘CRISIS LEVEL’

Hyundai on Oct. 1 will start selling an aftermarket security system through its dealers that addresses the issue, while both it and Kia have been working with law enforcement in some areas to distribute steering wheel locks to concerned owners.

Several class-action lawsuits have been filed against the automakers in relation to the problem.

Four Kia and Hyundai models also made the top 20 list among 2019 to 2021 model-year vehicles, but the Dodge Charger SRT Hellcat muscle car led the way followed by Dodge Chargers powered by the brand's Hemi V8 engines.

How car recalls get reported

Based on the number of claims made per 1,000 vehicle years insured, the Charger SRT Hellcat was stolen more than 50 times more frequently than the average vehicle and the Charger Hemi nearly 15 times more often.