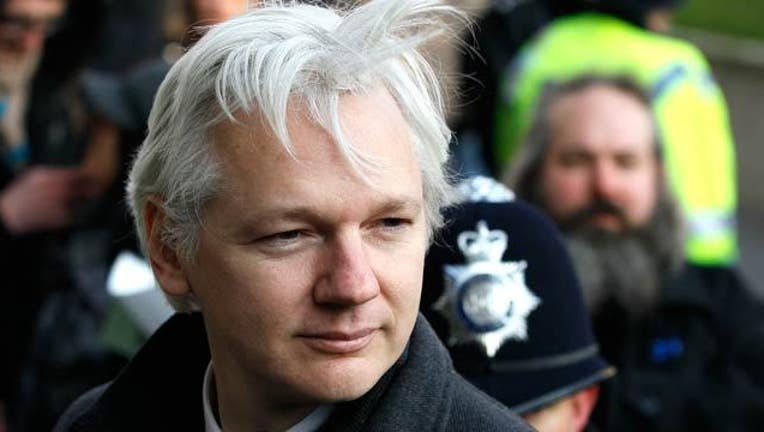 Prosecutors had previously refused to travel to London, where Assange has spent almost three years inside the Ecuadorean embassy. Lead prosecutor Marianne Ny explained the change in position by saying some of the crimes the 43-year-old Australian is accused of will reach their statute of limitations in August.

"My view has always been that to perform an interview with him at the Ecuadorean embassy in London would lower the quality of the interview, and that he would need to be present in Sweden in any case should there be a trial in the future," Ny said in a statement.

"Now that time is of the essence, I have viewed it therefore necessary to accept such deficiencies in the investigation and likewise take the risk that the interview does not move the case forward."

Sweden ordered Assange's arrest in August 2010. He has not been formally indicted but he faces allegations of rape, sexual molestation and illegal coercion involving two women. Karin Rosander, spokeswoman for the Swedish Prosecution authority, said the latter two allegations expire after five years, rape after 10 years.

WikiLeaks spokesman Kristinn Hrafnsson said the Swedish decision was "a victory for Julian," but criticized the delay.

"I think it's absolutely outrageous that it took the Swedish prosecutor 4 1/2 years to come to this conclusion after maintaining that she couldn't come to London because it would be illegal to do so," he said. "Obviously that was a bogus argument."

Ny said she had made a request to Assange's legal team on Friday to interview him in London and to have a DNA sample taken with a swab. She said permission was also being sought from Ecuadorean authorities.

Britain's Foreign Office said it was "ready to assist the Swedish prosecutor as required."

One of Assange's defense lawyers, Per Samuelson, welcomed the move and said Assange would likely accept the offer. He said he had spoken to Assange early Friday.

"This is something we've demanded for over four years," Samuelson told The Associated Press. "Julian Assange wants to be interviewed so he can be exonerated."

Friday's move comes after Assange appealed his detention order to Sweden's Supreme Court, which earlier this week asked the country's prosecutor-general to issue an opinion.

Samuelson said the prosecutor-general had probably ordered Ny to move the case forward by traveling to London. Rosander, from the prosecutors' office, declined to comment.

Assange has been at the Ecuadorean embassy since June 19, 2012.

He has said he has no intention of going to Sweden because he has no guarantees he wouldn't subsequently be sent to the U.S., where an investigation into WikiLeaks' dissemination of hundreds of thousands of classified U.S. documents remains live.

Hrafnsson said the Swedish offer did not mean Assange would be able to walk out of the embassy anytime soon.

"We have to worry about the ongoing criminal investigation in the United States," he said.

Ny has dismissed claims of any U.S. involvement in the Swedish investigation.