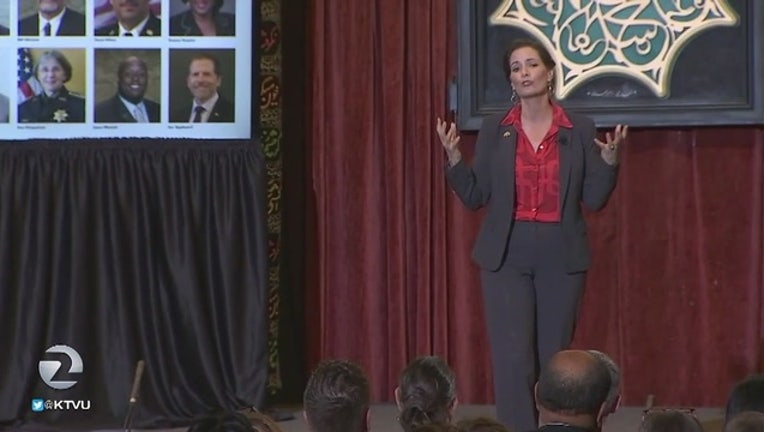 Speaking at a news conference at the OHA's headquarters in downtown Oakland, Schaaf said the incentives, which haven't previously been offered anywhere in the U.S., are "a win-win solution" for property owners and low-income tenants who participate in the federal Section 8 housing
choice voucher program.

Schaaf said the new "Housing Oakland" program gives property owners who sign a contract with OHA and allow a Section 8 family to move in a $500 cash signing bonus and up to $2,500 in interest-free loans for repairs and upgrades.

She said the program provides current Section 8 property owners up to two months of paid rent after low-income tenants move out as an incentive to maintain the unit as Section 8 housing.

"Our city needs more affordable housing for families right now," Schaaf said. "Every unit counts, every family matters, and I know every Oaklander wants to help."

The new incentives are part of an ongoing strategy by the city to protect affordable housing in Oakland amid the cost of living crisis, according to Schaaf.

"We have more than 4,260 property owners and management companies who participate in the Section 8 program in our city but there is room for more," Johnson said.

Johnson said the OHA's staff will meet with interested property owners to provide briefings on the Section 8 program, show them how to list their unit on the agency's listing service at no charge and offer pre-qualifying inspections for any unit prior to the owner selecting a Section 8 tenant.

He said property owners independently screen their Section 8 applicants, just as they do for any other applicant.

Low-income families, seniors, disabled and single person are eligible to participate in the Section 8 program.

In general, the tenant pays 30 percent of their "adjusted family income" toward their rent and the OHA, which gets funds from the U.S. Department of Housing and Urban Development, pays the rest.

Schaaf said, "The whole state is struggling with the housing crisis" and the new Section 8 incentives are one way the city is trying to do something about it.

Wayne Rowland, the president of the board of directors for the East Bay Rental Housing Association, a landlords group, said the measures announced today "are a step in the right direction" to provide an incentive for more people to provide rental housing in Oakland.

But Rowland said what he described as "a cluster of new regulations" passed by the City Council in recent years "has made it very difficult for property owners to stay abreast of all the rules and caused some people to get out of the rental housing business," which shrinks the supply of housing.