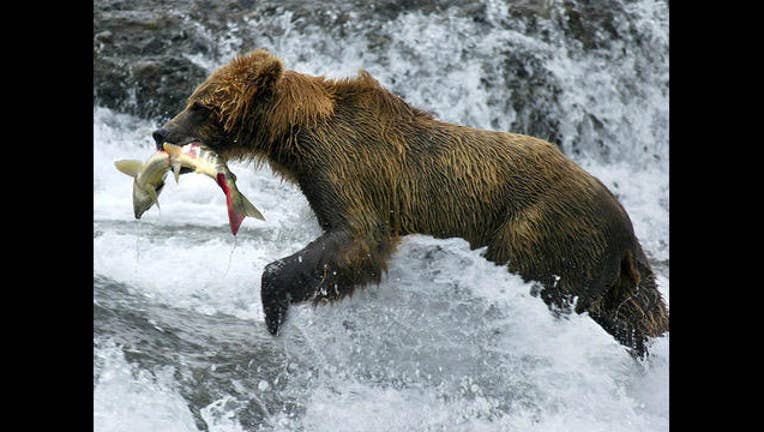 ANCHORAGE, Alaska (AP) -- Two more Alaskans were mauled by bears over the weekend, bringing the number of bear attacks in the state to four in less than a week, including two fatalities.

Alaska wildlife officials say they don't know why there have been so many attacks in such a short time. But one official speculated Monday that perhaps bears are coming closer to people this year to follow available food sources such as moose.

Dave Battle, the state Fish and Game area biologist for the Anchorage region, also noted that more people also are spending time in the backcountry than they did in the past. But he cautioned that many factors could be involved.

"The long and short of it is that no one knows exactly what's going on," he said, noting that the number of bear encounters can vary widely from year to year.

On Saturday, two people were injured in separate brown bear attacks, one on military land in Anchorage and the other near the community of Hope south of Anchorage. Both of those cases involved a bear with a cub, indicating the animals were acting defensively to protect their young.

In the weekend attack on military land, bicyclists James Fredrick and Alex Ippoliti were on a recreational ride in the woods at the north end of Joint Base Elmendorf-Richardson Saturday morning when they heard rustling in bushes and figured it might be a moose or porcupine, Ippoliti recalled Monday in a phone interview.

Suddenly, a brown bear charged at Fredrick and pulled him off the bike and began mauling him in the upper body, said Ippoliti, who was not injured in the attack. Fredrick was carrying bear deterrent spray and doused the bear, which ran into the bushes. It was only after that that he saw the cub up in a spruce tree.

Ippoliti said it was terrifying to hear the sow thrashing around in the bushes with the cub nearby. But he tried to help his bleeding friend, placing his shirt around his neck, and the two departed, leaving their bikes and other items behind. Ippoliti called for help, and responders arrived in about 10 minutes in an area a quarter mile from where the attack occurred.

Fredrick is being treated for his wounds at Providence Alaska Medical Center, where he was listed in serious condition Monday.

Altogether, the ordeal from the attack to help arriving lasted about 15 minutes, according to Ippoliti.

"It's probably the longest 15 minutes of my life," he said. "I've never felt time slowed down like that before."

Alaska State Troopers said the man in the Hope bear attack sustained minor injuries and took himself to the hospital. The man, Joshua Brekken of Hope, could not immediately be reached for comment Monday.

Two other people were killed last week in separate black bear attacks believed to be predatory in nature.

On June 18, 16-year-old Patrick "Jack" Cooper of Anchorage was killed after he got lost and veered off a trail during a mountain foot race south of Anchorage. The following day, 27-year-old Pogo Mine contract worker Erin Johnson of Anchorage died and her 38-year-old co-worker Ellen Trainor of Fairbanks received minor injuries in a mauling about 275 miles northeast of Anchorage.

Before that, the last fatal mauling in Alaska occurred near Delta Junction in Alaska's interior in 2013, when a man was killed by a male black bear. The last fatal bear attack in the greater Anchorage area was in 1995, when two people were killed in the Turnagain Arm area by a brown bear protecting a moose carcass.