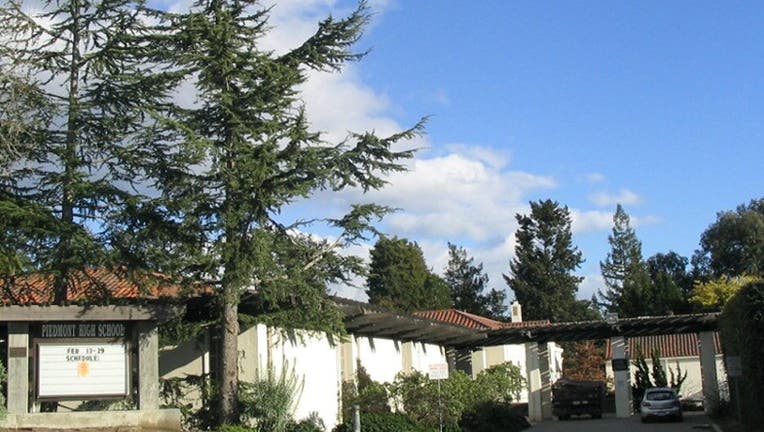 PIEDMONT, Calif. - After swastika and Hitler markings were found at an East Bay High school, officials increased security around school facilities in the area.

Schools officials said the hate symbols were found Tuesday written in chalk on the ground at Piedmont High School. The drawings were located behind Binks-Rawlings Gymnasium.

Piedmont Unified School District Superintendent Randall Booker said,"As a community, we denounce this act of anti-Semitism and any messages of hate that targets a group of people based on their culture, religion, race, ethnicity, ability, gender or gender expression, or sexual orientation. These actions have no place in our schools, district, or community and stand in direct opposition to the values we share as a society."

In light of the discovery and recent mass shootings, Piedmont police will maintain an increased police presence around schools.