Before raiding a freelance journalist’s San Francisco home last year in search of his source, police had been tracking his location around the city and collecting video for weeks – all while being directed from the highest levels in the department, including the chief, new internal documents obtained by KTVU show.

SAN FRANCISCO - The San Francisco Department of Police Accountability has concluded its investigation into the Police Department’s illegal search last year of a freelance journalist that drew national attention and raised concerns about violations of the freedom of the press, officials said Friday.

The agency, the city’s independent police oversight body that investigates complaints about law enforcement, submitted its findings to the Police Department on the botched attempt to uncover Bryan Carmody’s source.

Certain police records for misconduct or discipline in California, though, are not public. Only records that qualify under SB 1421 are eligible for release. That law only allows for the disclosure of records involving serious uses of force, sexual assault or dishonesty.

The investigation into the search warrants on Carmody do not qualify under SB 1421, said Sarah Hawkins, Chief of Staff at the Department of Police Accountability.

The Police Department and Mayor's office called for the independent investigation. The department did not say if it planned to release the report.

Under the San Francisco city charter, the Police Department will review the findings. If discipline is required, the chief’s office handles suspensions that are 10 days or fewer. Anything more goes to the Police Commission.

But complicating matters is Chief Bill Scott’s alleged involvement in the bungled case.

KTVU obtained internal documents from a source that showed the chief’s office had identified Carmody and passed his name and phone number to investigators without revealing he had a department-issued press pass. 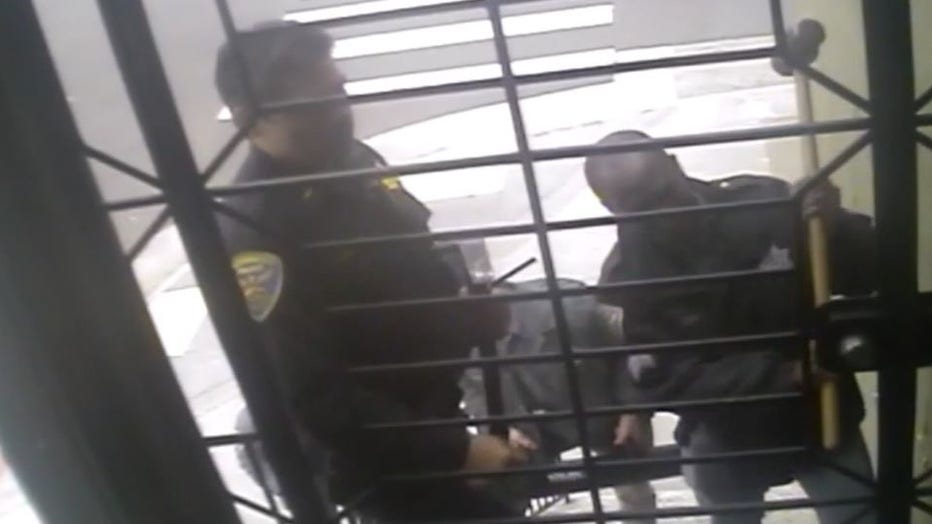 What’s more, the now-retired captain of the unit investigating Carmody wrote in a declaration obtained by KTVU that the Chief was involved in weekly meetings on the investigation. The captain, Bill Braconi, wrote that the chief even suggested investigators write one of the warrants that has since been quashed.

It all began shortly after the death of Public Defender Jeff Adachi in February 2019. Carmody obtained a police report detailing that Adachi collapsed in a mysterious apartment on Telegraph Hill with a woman who was not his wife. Carmody, a freelancer, sold the report to various television stations – including KTVU.

Adachi’s political supporters demanded to know who leaked the details and called on the Police Department to investigate. Many accused the department of trying to smear the late public defender, who was a powerful elected official and longtime foe of the police.

But while they accused the department of smearing Adachi – no one contended that any of the information in the police report was false. The circumstances around the death of important public officials are typically extremely newsworthy.

Three months later, police from the internal affairs criminal unit showed up at Carmody’s home with a search warrant and a sledge hammer, seizing his belongings at his home at office.

The raid has been the culmination of a month’s long investigation in which police served seven warrants, including five on Carmody. Investigators obtained his phone records and tracked his geo location around the city, hoping to uncover video of him meeting his source. They never did.

All of the judges who signed the warrants later unsealed and quashed them. It was later revealed that at least two of the judges who approved the searches for Carmody’s home and office had information in the affidavits that he was a journalist.

The judges ordered that the SFPD must destroy any evidence obtained in the searches and that none of it could be used for other purposes.

Carmody later negotiated at $369,000 settlement with the city over the ordeal.

The Department of Police Accountability is conducting a separate investigation into who in the department leaked the Adachi report to Carmody. That investigation is still under way.