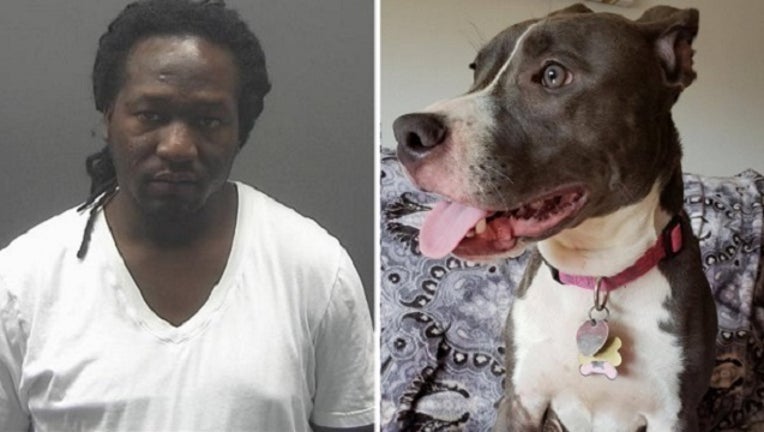 An arrest warrant has been issued for Aaron Davis, of Long Branch, who police say left a pit bull puppy to drown in a cage.

FREEHOLD, N.J. (AP) - A man accused of leaving a young pit bull mix to drown in a cage at water's edge in a rising tide last summer has been indicted on animal cruelty charges.

Aaron Davis is also charged with attempted animal cruelty in the indictment handed up by a Monmouth County grand jury. The 35-year-old Long Branch man could face nearly seven years in prison if he's convicted on both counts.

A person walking their dog in Veterans Memorial Park in Highlands spotted the small dog cowering in the cage on a portion of sand between a bulkhead and the water as the tide came in July 31.

The person rescued the animal, now known as River.

Prosecutors have said Davis wanted revenge against his girlfriend's ex-boyfriend, who gave her the dog.