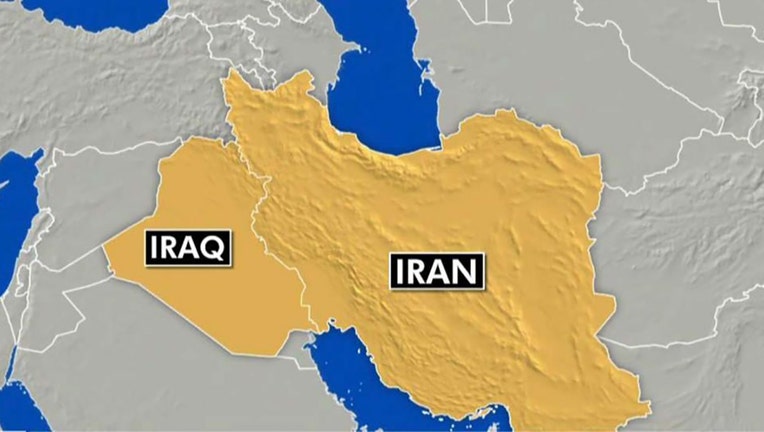 President Trump and U.S. officials had said earlier that no Americans were killed or injured in the Jan. 8 attack.

Several U.S. troops "were treated for concussion symptoms from the blast and are still being assessed. As a standard procedure, all personnel in the vicinity of a blast are screened for traumatic brain injury, and if deemed appropriate are transported to a higher level of care," Capt. Bill Urban, the Central Command spokesman, said Thursday.

AERIAL IMAGES OF IRANIAN ATTACK ON IRAQ BASE

He said that although no U.S. service members were killed in the attack on Al Assad Air Base, "in the days following the attack, out of an abundance of caution, some service members were transported... to Landstuhl Regional Medical Center in Germany, others were sent to Camp Arifjan, Kuwait, for follow-on screening. When deemed fit for duty, the service members are expected to return to Iraq following screening. The health and welfare of our personnel is a top priority and we will not discuss any individual's medical status. At this time, eight individuals have been transported to Landstuhl, and three have been transported to Camp Arifjan."

The explosions at the base, about 110 miles west of Baghdad, created large craters, knocked over concrete barriers and destroyed facilities that house dozens of soldiers.

The attack on the Al Assad base, where about 1,500 American and coalition forces are stationed, was carried out in retaliation for the killing of Iranian Revolutionary Guards Gen. Qassem Soleimani.

Iraq claimed its sovereignty had been violated by the killing, and took swift action in calling for all U.S. armed forces to leave the country.

U.S. forces had first used the base after the 2003 U.S.-led invasion that toppled Iraqi dictator Saddam Hussein. It later saw American troops stationed there amid the fight against the Islamic State terror network.

Trump visited the sprawling airbase in December 2018, making his first presidential visit to troops in the region.