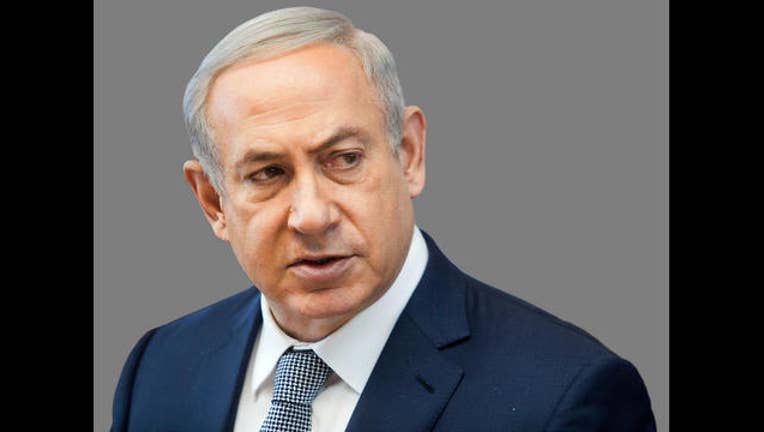 JERUSALEM (AP) -- Israel's parliament on Monday passed a contentious law meant to retroactively legalize thousands of West Bank settlement homes built unlawfully on private Palestinian land, a step that is expected to trigger international outrage and a flurry of lawsuits against the measure.

The explosive law is the latest in a series of pro-settler steps taken by Israel's hard-line government since the election of Donald Trump as U.S. president. He is seen as more sympathetic to Israel's settlement policies than his fiercely critical predecessor, and the Israeli government has approved plans to build thousands of new homes on occupied territory since Trump took office.

Critics say the legislation enshrines into law the theft of Palestinian land, and it is expected to be challenged in Israel's Supreme Court. According to the law, Palestinian landowners would be compensated either with money or alternative land, even if they did not agree to give up their property.

The vote passed 60-52 in Israel's 120-member Knesset following a raucous debate in which opposition lawmakers shouted from their seats at governing coalition lawmakers speaking in favor of the vote from the dais. Some legislators supportive of the law took pictures of the plenum during the vote while some spectators in visitors' seats raised black cloth in apparent protest.

Israeli Prime Minister Benjamin Netanyahu had voiced misgivings about the law in the lead-up to vote, reportedly expressing concern that it could lead to international censure and saying he wanted to coordinate with the Trump administration before moving ahead on a vote.

He told reporters on a trip to London that he had updated Washington and was ready to move ahead with the law. He was on his way back from the trip and was not present for the vote.

The White House's immediate response was to refer to its statement last week that said the construction of new settlements "may not be helpful" in achieving an Israeli-Palestinian peace.

"The controversial Knesset action, ahead of Prime Minister Netanyahu's meeting with president Trump in Washington, is misguided and likely to prove counter-productive to Israel's core national interests," he said in a statement.

Netanyahu's attorney general has called the bill unconstitutional and said he won't defend it in the Supreme Court. Critics have warned it could drag Israel into a legal battle at the International Criminal Court at The Hague, Netherlands, which is already pursuing a preliminary examination into settlements.

Among the law's problematic elements is that the West Bank is not sovereign Israeli territory and that Palestinians who live there are not citizens and do not have the right to vote for the government that imposed the law on them.

"This is an escalation that would only lead to more instability and chaos. It is unacceptable. It is denounced and the international community should act immediately," said Nabil Abu Rdeneh, a spokesman for Palestinian President Mahmoud Abbas.

Netanyahu faced intense pressure from within his nationalist coalition, especially from the pro-settler Jewish Home party, to press ahead with the vote following the court-ordered evacuation last week of the illegal Amona outpost found to have been built on private Palestinian land. Over 40 settler families were forced to leave the 20-year-old outpost, and on Monday construction vehicles demolished and removed the trailer homes that remained behind.

Opposition legislators said Netanyahu's support for the law was a high-stakes risk meant solely to curry favor with settler constituents and their potent political lobby.

"For how many settler votes is Netanyahu willing to pass a law that he admits will drag us to The Hague?" Zehava Galon, leader of the dovish Meretz party, wrote on Facebook ahead of the vote. "The prime minister declares that the legalization bill is dangerous for Israel and instead of standing on his hind legs to stop this shameful law, he presses ahead with it."

After years of condemnations from the Obama administration over settlement construction, Israel's government has ramped up settlement initiatives since Trump took office, announcing plans for some 6,000 new homes in the West Bank and east Jerusalem and promising to build a new settlement for the Amona evacuees.

Trump has signaled a far more accepting approach to settlements, raising hopes in Netanyahu's government that it will be able to step up construction. The White House said little as Netanyahu announced plans during Trump's first two weeks in office to build over 6,000 new settler homes. But after Netanyahu announced his plan to establish a new settlement for the first time in two decades, Trump indicated that he, too, might have his limits.

"While we don't believe the existence of settlements is an impediment to peace, the construction of new settlements or the expansion of existing settlements beyond their current borders may not be helpful in achieving that goal," the White House said.

The Palestinians want the West Bank, east Jerusalem and the Gaza Strip -- territories Israel captured in the 1967 Mideast war -- for their future state. Much of the international community views settlements as illegal and an obstacle to reaching peace with the Palestinians. Shortly before leaving office, President Barack Obama allowed the U.N. Security Council to pass a resolution declaring settlements illegal. Obama cited the Israeli outpost legislation as a reason for not vetoing the resolution.

Before the law passed, the U.N. Mideast envoy, Nickolay Mladenov, called on lawmakers to vote against the law, saying that "it will have far-reaching legal consequences for Israel and greatly diminish the prospects for Arab-Israeli peace."

Associated Press writers Bradley Klapper in Washington and Edith M. Lederer at the United Nations contributed to this report.