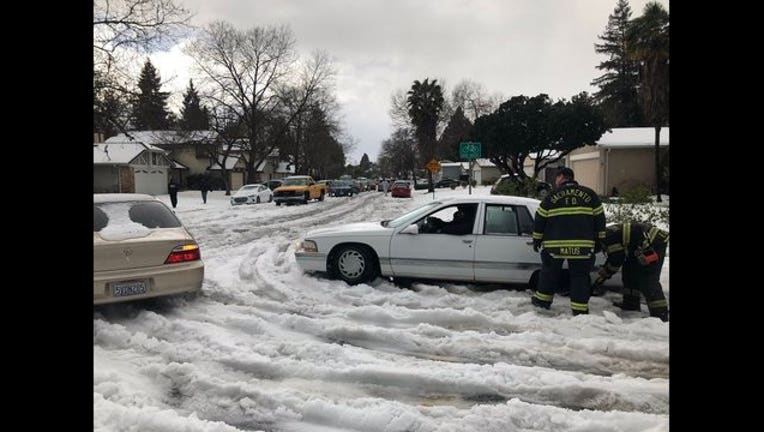 SACRAMENTO - There's a controversy brewing in Sacramento and this time, it's not over politics but over what's falling from the sky.

To the untrained eye, especially a California eye, it looked like snow was blanketing the city on Monday.

But no. Astute viewers pointed out that the white precipitation was in fact graupel, made up of soft hail or snow pellets formed when supercooled water droplets collect and freeze on falling snowflakes. The name comes from the German root meaning "pearled barley." (Fun fact: Graupel was Merriam-Webster's word of the day in January 2012.)

Turns out, the Sacramento firefighters were schooled on graupel, too. They had a little fun, after being corrected by keen observers, and ended up building a graupelman outside the station.