The former chief of staff's remarks came after reports that John Bolton’s book manuscript contained an account of an August conversation the former national security adviser had with President Donald Trump.

“If John Bolton says that in the book, I believe John Bolton,” Kelly said. He was speaking to a crowd as part of the Ringling College Library Association Town Hall lecture series in Sarasota, Florida, the Sarasota Herald-Tribune reported on Tuesday.

The retired Marine general’s remarks came after reports that Bolton’s book manuscript contained an account of an August conversation the former national security adviser had with Trump. 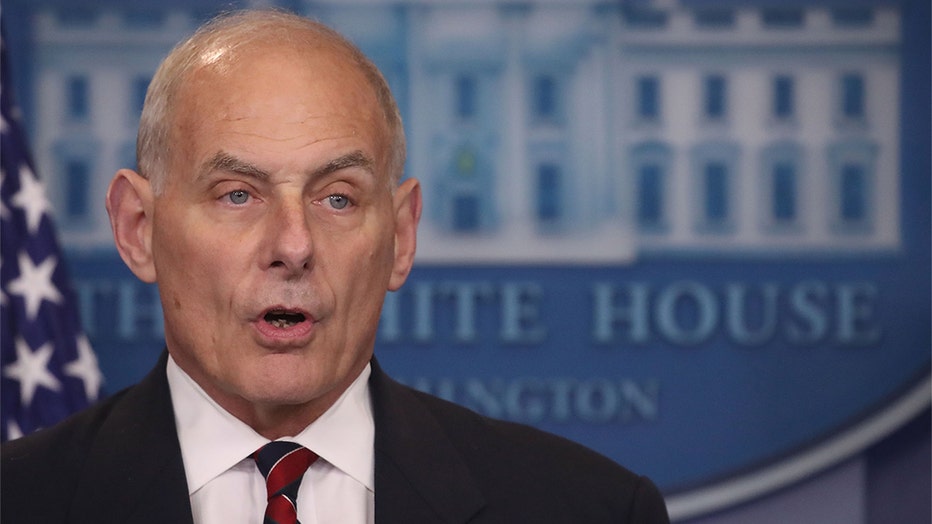 FILE: Secretary of Homeland Security John Kelly speaks to the media in the briefing room at the White House, on May 2, 2017 in Washington, DC. (Photo by Mark Wilson/Getty Images)

Bolton said Trump told him that he wanted to withhold hundreds of millions of dollars in security aid from Ukraine until it helped him with investigations into political rival Joe Biden, a request that would benefit the president politically.

Bolton’s dramatic eyewitness account sent a jolt through the president’s impeachment trial, acting as a rebuttal against claims by Trump and his legal team that the president didn’t hold up the aid for political reasons.

Meanwhile, Kelly, who worked with Bolton while he was chief of staff, said the former national security adviser is an honest person, the Herald-Tribune reported.

“Every single time I was with him... he always gave the president the unvarnished truth,” Kelly said of Bolton.

"I NEVER told John Bolton that the aid to Ukraine was tied to investigations into Democrats, including the Bidens. In fact, he never complained about this at the time of his very public termination," Trump tweeted.

“John’s an honest guy. He’s a man of integrity and great character, so we’ll see what happens,” Kelly said.

Bolton’s account also immediately gave Democrats new fuel in their dogged pursuit of sworn testimony from the former national security adviser and other witnesses. It’s a question expected to be taken up later this week by the Republican-led Senate.

Bolton has already told lawmakers that he is willing to testify, despite the president's order barring aides from cooperating in the probe.