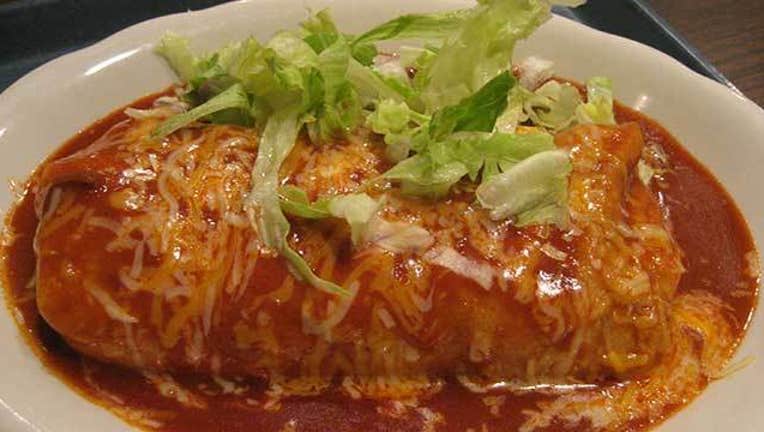 JUÁREZ , Mexico (AP)- According to folklore, Juárez is the birthplace of the burrito and the margarita — and this weekend, the city hopes to build some of the biggest.

The burrito, officials said, will break a world record and will be longer than a mile and half.

The margarita will be the biggest ever made in Mexico.

Mayor Enrique Serrano announced the city will try to break the records this weekend.

The attempts will be made during the Expo Gastronómca 2015, or Food Expo 2015, which will be at the Plaza de la Mexicanidad where the "X" monument stands.

The event will be from noon to midnight Saturday and Sunday. Admission will be 90 pesos or about $6.

"This is another event that comes to the residents of Juárez aimed at promoting the good image of Juárez, using public spaces for attractions and entertainment geared toward the families in Juárez," Serrano said.

There will be 25 cooking workshops and five international guest chefs, as well as amusement rides, entertainment and food tasting booths from 45 local restaurants.

The biggest attraction is the attempt to get into the Guinness book of world records, Serrano said.

The city of La Paz, in the Mexican state of Baja California, holds the current largest burrito title. The city built one in 2010 that was 2.4-kilometers, or 1.5 miles long and weighed 12,785 pounds, according to the world record.

Festival organizers said they plan to add 200 meters to the record at 3 p.m. Sunday. About 400 volunteers are expected to wrap, in less than five minutes, the meat burrito on a series of flour tortillas.

The largest margarita listed by Guinness was made in Sacramento, Calif., in 2012 and was 39,747 liters, according to the Guinness official website.

The reason Juárez wants the burrito record is because some history buffs say Juárez is the birthplace of the burrito. An often-repeated folk story says the burrito was first made in Juárez during the Mexican Revolution sometime between 1910 and 1921.

A man named Juan Méndez sold tacos at the Bella Vista neighborhood in northwest Juárez and used a donkey to transport himself and the food. Méndez wrapped the food in large flour tortillas to keep it warm. The large tacos were known as the "food of the burrito" and later it was shortened to "burritos."

Juárez also markets itself as the birthplace of the margarita. The cocktail drink was said to be invented at Tommy's Place Bar on July 4, 1942 by, a bartender named Francisco "Pancho" Morales, who later went to the United States and worked as a milkman for 25 years.

It is said a woman sitting at the bar, which no longer exists, asked for a drink and Morales decided to give her a mix of tequila, limes and salt.

Other folk stories say the margarita was first made in other Mexican cities, like Ensenada, Baja California. But Serrano said Juárez has "all the elements" needed to claim it as its own.

Event organizer José Luis Fabián said people will be able to taste both the margarita and the burrito with their paid ticket.