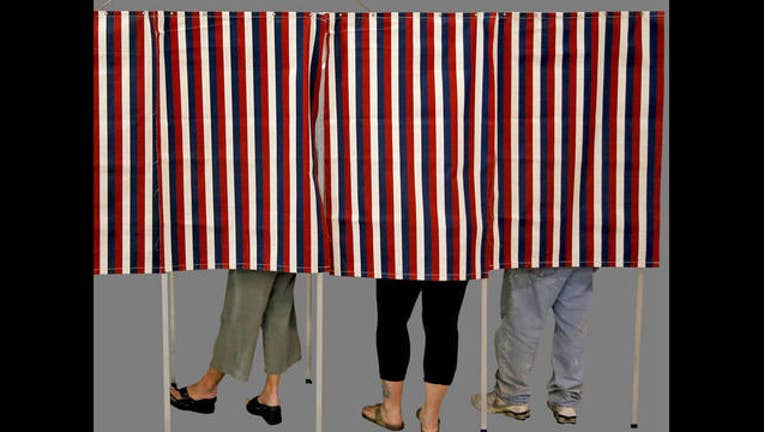 BISMARCK, N.D. (AP) -- A federal judge on Monday blocked North Dakota's state's voter identification law after it was challenged by a group of American Indians, who alleged it unfairly burdened their right to vote.

U.S. District Judge Daniel Hovland issued a temporary restraining order and criticized the state for its 2013 repeal of provisions that let people without valid IDs vote if someone vouched for them or if they signed an affidavit swearing they were a qualified voter.

"The public interest in protecting the most cherished right to vote for thousands of Native Americans who currently lack a qualifying ID and cannot obtain one, outweighs the purported interest and arguments of the State," Hovland wrote.

He added: "There are a multitude of easy remedies that most states have adopted in some form to alleviate this burden."

It was the latest setback in the courts for Republican efforts that critics say are intended to restrict voting rights but that supporters tout as anti-fraud measures that keep non-citizens from voting. In three separate rulings on Friday, a federal appeals court blocked North Carolina's law requiring photo ID, a federal judge in Wisconsin ordered changes to make it easier for voters to get a valid ID, and a Kansas judge said the state must count thousands of votes from people who didn't provide proof of citizenship when they registered. Earlier in July, a federal appellate court ruled that Texas' voter ID law was discriminatory.

The North Dakota lawsuit was filed in January by seven members of the Turtle Mountain Band of Chippewa.

North Dakota doesn't have voter registration, but the state has required voters to provide ID since 2004. Before that, casting a ballot was an informal process in most precincts, and identification cards were seldom requested.

North Dakota accepts a driver's license as identification or identity cards issued by the state, long-term care facilities or North Dakota's American Indian tribes. All must have a valid address.

The state argued that its requirements were reasonable and that the tribal members who sued hadn't shown that the burdens for them to obtain a valid ID were any more restrictive than for non-Native Americans.

Before 2013, if a voter lacked an ID card but a poll worker had firsthand knowledge of the person's identity and residence, the voter was allowed to cast a ballot. The voter also could sign an affidavit attesting to his or her eligibility to vote in the precinct.

Tom Dickson, an attorney for the north-central North Dakota tribal members, said the 2013 change by the GOP-controlled Legislature amounted to having people "pay to vote." He said some tribal members can't afford the required identification, and others had to pay to get their tribal IDs updated with a valid address.

"This was blatantly discriminatory," Dickson said. "The point of these laws is to keep people from voting and suppressing the Native American vote, who generally vote Democratic in North Dakota."

Hovland wrote that "undisputed statistics and studies support the finding that, given the disparities in living conditions, it is not surprising that North Dakota's new voter ID laws are having and will continue to have a disproportionately negative impact on Native American voting-eligible citizens."