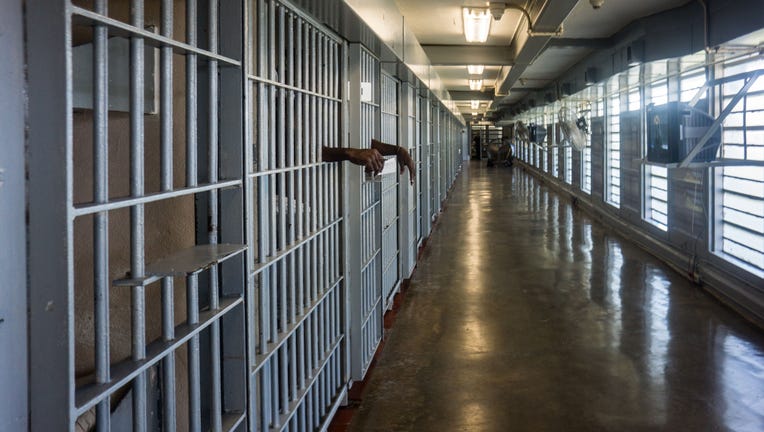 ANGOLA PRISON, LOUISIANA - OCTOBER 14, 2013: A prisoner's hands inside a punishment cell wing at Angola prison. The Louisiana State Penitentiary, also known as Angola, and nicknamed the "Alcatraz of the South" and "The Farm" is a maximum-security pri

SACRAMENTO, Calif. - A judge has partially blocked an order taking effect this week that required California prison employees to be vaccinated against COVID-19.

A Kern County judge issued a temporary restraining order that prevents enforcement of the vaccination mandate for guards represented by a politically powerful union.

The mandate, due to take effect Friday, will still apply to other workers at prisons that have health care facilities The mandate is aimed at preventing another coronavirus outbreak like one that killed 28 inmates and a correctional officer at San Quentin State Prison last year. The California Correctional Peace Officers Association opposes the measure.