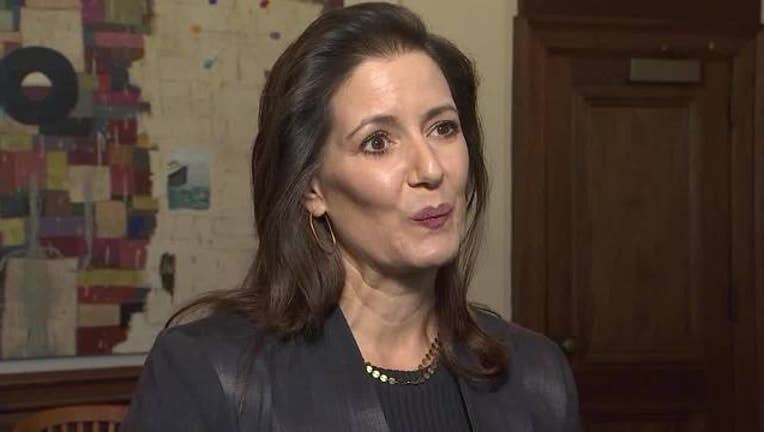 OAKLAND, Calif. (BCN) - The judge in the trial of Ghost Ship warehouse master tenant Derick Almena and creative director Max Harris on Thursday quashed a defense subpoena that urged her to order Oakland Mayor Libby Schaaf to testify in the case.

Alameda County Superior Court Judge Trina Thompson said attorneys for Harris who want Schaaf to testify haven't presented sufficient evidence at this time to show that Schaaf has material knowledge about the case of the fire that killed 36 people during a music party at the warehouse at 1309 31st
Ave. on Dec. 2, 2016.

However, Thompson said she will reconsider the matter if the attorneys can develop new evidence that would show that Schaaf has relevant evidence about the fire before they present their case on behalf of Harris.

Almena, 48, and Harris, 29, are charged with 36 counts of involuntary manslaughter for the fire.

Jury selection in their case is scheduled to begin Tuesday and their trial tentatively is scheduled to start on April 30 with opening statements, followed by testimony on May 6.

Harris' lawyer Curtis Briggs wrote in a motion asking that Schaaf be ordered to testify that she "has relevant and critical information regarding the institutional shortcomings plaguing the (Oakland) Fire
Department, the Building Department and the Police Department and these deficiencies were in existence at the time preceding and contemporaneous to the Ghost Ship catastrophe."

Briggs wrote, "The failures of these agencies go to the heart of Mr. Harris' third party culpability defense," which is that the people who are most responsible for the fire are the warehouse's owners and government officials who knew about safety issues there and didn't do anything to correct them.

Briggs said in court Thursday, "Had the city inspected the property, cited it as a hazard and taken corrective actions, these people wouldn't have died."

But Jonathan Bass, an attorney for the mayor, said Harris' lawyers failed to show that Schaaf "had knowledge about the operation at that site and the cause of the fire."

Bass said the mayor "has no personal knowledge to competently testify, other than hearsay" and wasn't involved in the training of firefighters and police officers who visited the warehouse before the fire
but allegedly didn't do anything to correct the problems there.

Briggs said Schaaf "put herself in this criminal courtroom" by making public statements after the fire saying that city officials weren't responsible for the blaze and blaming Harris and Almena for it.

Thompson said Schaaf's comments about the fire "carry a lot of weight and may influence the jury pool" because she's the city's chief communicator.

But Thompson said Harris' attorneys haven't presented evidence that Schaaf has any actual knowledge of the fire.