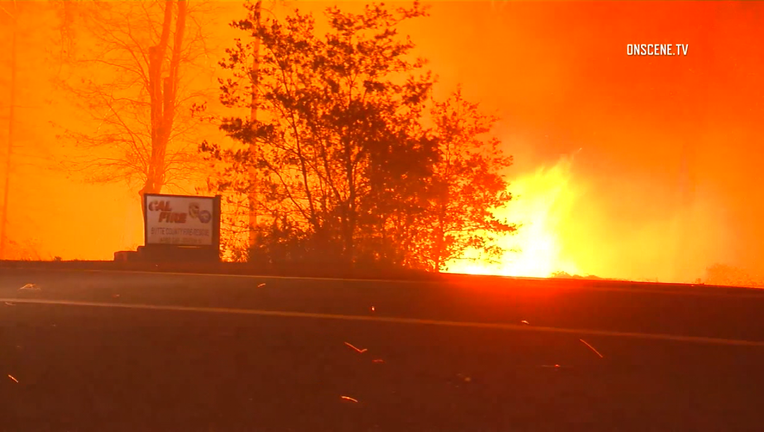 SAN FRANCISCO - A federal judge ordered PG&E on Wednesday to hire its own crew of tree inspectors and keep records of the age of every piece of equipment on its transmission towers and lines to prevent future catastrophic wildfires.

U.S. District Judge William Alsup of San Francisco issued the requirements as new conditions of PG&E's probation in a criminal pipeline safety case stemming from the fatal explosion of a natural gas pipeline in San Bruno in 2010.

Alsup wrote that PG&E failed to maintain its electric grid adequately to prevent deadly North Bay and Butte County fires in 2017 and 2018 that were caused by trees falling on distribution lines and breakage of hardware on its high-voltage transmission lines.

He said, "This failure is upon us because for years, in order to enlarge dividends, bonuses, and political contributions, PG&E cheated on maintenance of its grid - to the point that the grid became unsafe to operate during our annual high winds, so unsafe that the grid itself failed and ignited many catastrophic wildfires."

Alsup said that while PG&E has stepped up operations to remove hazardous trees and branches, it has made "only a small dent" in its backlog. In addition, the judge said, inspections by a court-appointed monitor showed that outside tree-trimming contractors hired by PG&E missed some dangerous and urgent conditions.

The order requires PG&E to hire its own crew of "a sufficient number of inspectors to manage the outsourced tree-trimming work" on distribution lines, with inspections before and after the work.

Another part of the order concerns worn equipment on the high-voltage transmission lines and towers that rise above treetops. In 2018, a broken C-hook on a nearly 100-year-old transmission tower in Butte County caused a power line to fall against the metal tower, sending sparks to dry grass below and igniting the Camp Fire, in which 84 people died.

Alsup wrote that the tower was inspected by PG&E contractors just days before the fire, but the contractors did not report any hardware deficiencies. The new probation condition requires PG&E to "keep records identifying the age of every item of equipment on every transmission tower and line."

If the age of a part is unknown, PG&E must conduct research and estimate the year of installation.

PG&E must also design a new inspection system for transmission towers, with precise reporting forms and video records to show what inspectors actually did, the judge said.

PG&E has agreed to plead guilty in Butte County Superior Court next month to 84 counts of involuntary manslaughter and one count of illegally starting a fire in connection with the Camp Fire.

The utility is currently in a Chapter 11 bankruptcy process in U.S. Bankruptcy Court in San Francisco, seeking approval for a financial reorganization plan to address billions of dollars of liability for wildfire claims.