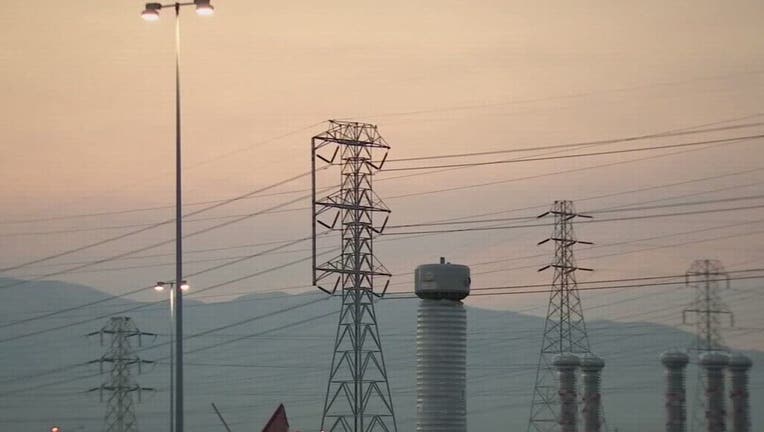 SAN FRANCISCO - The federal judge overseeing PG&E's criminal proceedings expressed his displeasure with the utility company in an unusual fashion: he made his proposal a recommendation -- not a mandatory order -- and invited PG&E to decide whether it wished to accept it.

The court's recommendation came in a 10-page ruling Thursday in an ongoing dispute about the extent to which PG&E should consider vegetation issues when deciding whether to implement what the utility calls a Public Safety Power Shutoff during windy conditions in fire season.

The issue is of importance because when trees fall on PG&E's uninsulated power lines, they have frequently sparked wildfires. California law requires public utilities like PG&E to clear vegetation from areas that can lead to such tree strikes. However, for many years PG&E failed to perform such work.

The reason? In the view of the U.S. District Judge William Alsup, it was because PG&E "robbed its tree clearance budget ... to enhance the bottom line."

In December 2020, Alsup initiated a series of hearings on his proposal to add two additional conditions to the terms of the probation imposed on PG&E after its criminal conviction for a 2010 gas pipeline explosion in San Bruno.

The judge's proposed conditions would require PG&E to consider vegetation management issues when deciding when to initiate PSPSs.

The first would require the company to "take into account all information in its possession and in the possession of its contractors and subcontractors" concerning which trees bordering power lines were then in violation of California law's requirements for vegetation management.

The second condition said that if those trees present a safety hazard in a windstorm, PG&E must "de-energize" the affected lines "unless PG&E finds in writing that there are specific reasons to believe that no safety issue exists."

Over the next several months, PG&E and the court went back and forth on the language of the proposals. PG&E proposed various protocols it would follow when deciding on future PSPSs.

The judge ultimately determined that the protocols PG&E proposed would not have prevented the deadly Zogg Fire, which started in September 2020 in Shasta County and killed four people and destroyed 204 structures.

His displeasure with PG&E was evident in his recounting of a filing in his court by the California Public Utilities Commission. In that filing, the CPUC expressed "alarm about 'doubling' the number of PSPS events" were the judge's proposed conditions to be imposed.

The CPUC is sensitive to increases in PSPSs, among other things, because of the backlash it has received in the past from customers unhappy about losing their power.

According to the judge, the position in the CPUC's filing was only adopted after PG&E gave the CPUC "an internal 'study' that seemed to indicate a large number of additional PSPS events would flow from the strike-tree proposal."

The judge thereafter obtained a copy of the study and on March 23 held a hearing to explore it. When follow-up information was produced at the judge's request, it turned out that PSPS events in 2019 would not have increased but decreased, and in 2020 the number would not have changed.

Based on this, the judge found that "It now seems obvious that PG&E used some sleight-of-hand to promote the incorrect impression that the additional criteria ... would make a substantial difference in public safety whereas, in truth, they would have reduced the number of PSPS events in 2019 and would have left the 2020 number unchanged."

The judge also said that were he to enshrine PG&E's suggested protocols in a federal court order, it "would give PG&E a 'Get-Out-of-Jail-Free' card, a card it could and would play in every civil lawsuit and criminal prosecution arising out of future wildfires."

The judge predicted that in such a case, PG&E "would smile and say, 'We did what the judge and the CPUC said to do.'"

With that explanation, the judge recommended -- but did not require -- that PG&E adopt his original proposals, which he said were "informed by years of studying the problem while trying to rehabilitate the offender and to protect California from further crimes and wildfires by the offender."

The judge ordered PG&E to report to the court by July 1 its 2021 PSPS criteria and "stating the extent to which it has and has not adopted the above recommendations."