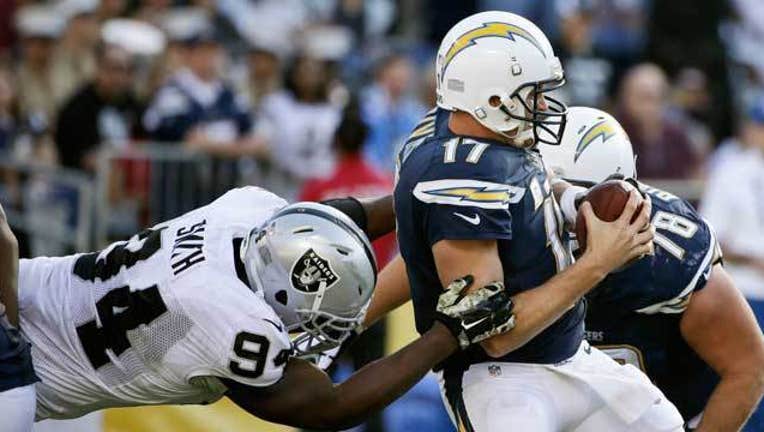 OAKLAND (BCN) -- A jury deliberated for only a few hours Wednesday before finding that the Oakland Raiders didn't engage in age discrimination when they fired two veteran scouts three years ago.

In their verdict, jurors ruled that age wasn't a substantial motivating factor in the team's decision to dismiss Bruce Kebric and Jon Kingdon, who each had more than 30 years of experience as scouts, on May 1, 2012.

The scouts' attorney, Barbara Lawless, alleged in her closing argument on Tuesday that Raiders general manager Reggie McKenzie and owner Mark Davis wanted to get rid of older people and bring in younger people when they reshuffled the team in 2012.

Davis took over as the Raiders' owner in October 2011 after the death of his father Al Davis, the team's longtime leader. He hired McKenzie as general manager on Jan. 6, 2012.

Referring to McKenzie's dismissal of Kingdon and Kebric, Lawless said, "He threw them out on the street and replaced them with less experienced younger people he didn't know well."

But the Raiders' lawyer, David Reis, said in his closing argument, "This case is not about age discrimination because no one made decisions because of age."

Reis said McKenzie was simply "a new general manager who brought in his own people" and said he replaced Kingdon and Kebric because he didn't think they were good leaders and communicators.

He said, "It wasn't old guys or young guys, it was Reggie's guys."

Reis said when McKenzie testified in the case, he vehemently denied that age was a factor in his decision to fire Kingdon and Kebric.

Lawless told jurors that Kebric should be awarded $480,000 for lost wages since the time of his firing and more than $1 million in additional earnings he would have had if he could have worked until age 73.

She said Kingdon, because he is younger, should get about $430,000 for lost wages and more than $1.5 million in lost future earnings if he could have continued until age 73.

Lawless said both men should also be awarded punitive damages and damages for emotional distress but didn't specify an amount.

But the jury's verdict means that Kingdon and Kebric won't receive any damages.

She said she plans to file an appeal.

Kebric to prove that the Raiders engaged in age discrimination.

The Raiders weren't immediately available for comment about the verdict.