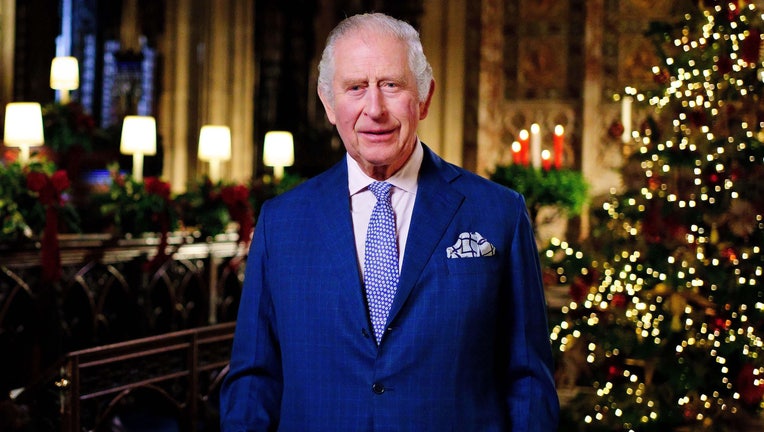 In this image released on December 23, King Charles III is seen during the recording of his first Christmas broadcast in the Quire of St George's Chapel at Windsor Castle, on December 13, 2022 in Windsor, England. (Photo by Victoria Jones - Pool/Gett

LONDON - King Charles III evoked memories Sunday of his late mother, Queen Elizabeth II, as he broadcast his first Christmas message as monarch in a speech that also paid tribute to the "selfless dedication" of Britain’s public service workers, many of whom are in a fight with the government over pay.

Charles, 74, also empathized in the prerecorded message with people struggling to make ends meet "at a time of great anxiety and hardship." Like some other parts of the world, the U.K. is wrestling with high inflation that has caused a cost-of-living crisis for many households.

The king's first remarks, however, recalled his mother, who died in September at age 96 after 70 years on the throne.

"Christmas is a particularly poignant time for all of us who have lost loved ones," Charles said. "We feel their absence that every familiar turn of the season and remember them in each cherished tradition."

Charles immediately ascended to the throne upon the queen's death. His coronation ceremony is scheduled for May.

For his televised Christmas message, he wore a dark blue suit. Unlike Elizabeth, who often sat at a desk to deliver the annual speech, Charles stood by a Christmas tree at St. George's Chapel, a church on the grounds of Windsor Castle where his mother and his father, Prince Philip, were buried.

Charles said he shared with his mother "a belief in the extraordinary ability of each person to touch, with goodness and compassion, the lives of others and to shine a light in the world around them."

"The essence of our community and the very foundation of our society" can be witnessed in "health and social care professionals and teachers and indeed all those working in public service whose skill and commitment are at the heart of our communities," the king said.

Soaring food and energy prices in the wake of the COVID-19 pandemic and Russia’s invasion of Ukraine have created financial strains for many individuals and families.

Speaking over video footage of food banks and other charity work, Charles expressed sympathy for "those at home finding ways to pay their bills and keep their families fed and warm."

Charles also reached out to people of other faiths in the United Kingdom and across the British Commonwealth, saying the meaning of Jesus Christ’s birth crosses "the boundaries of faith and belief."

Charles believes the monarchy can help to unite his country’s increasingly diverse ethnic groups and faiths. It is part of his effort to show that the institution still has relevance.

The six-minute message concluded with an appeal to heed "the everlasting light" which, Charles said, was a key aspect of Elizabeth’s faith in God and belief in people. 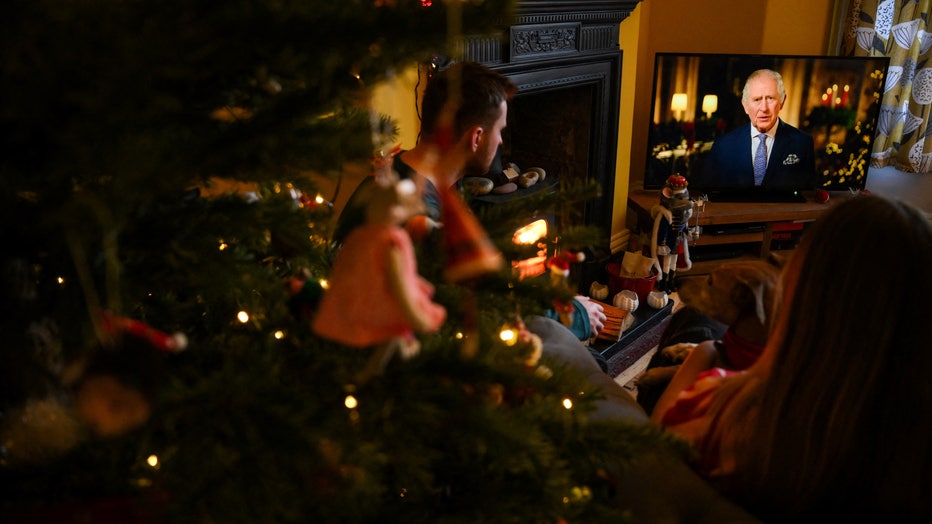 A family sits in a living room in Liverpool, as they watch Britain's King Charles III delivering his first annual Christmas Day message, on television, on December 25, 2022. (Photo by PAUL ELLIS/AFP via Getty Images)

"So whatever faith you have or whether you have none, it is in this life-giving light and with the true humility that lies in our service to others that I believe we can find hope for the future," he said.

The king made no reference to the recent clamor over this month's Netflix documentary series about the acrimonious split from the royal family that accompanied the decision of his son Prince Harry and daughter-in-law Meghan to step back from royal duties and move across the Atlantic Ocean.

Video footage accompanying the Christmas message showed working members of the royal family at official events. Harry and Meghan didn't appear, nor did Prince Andrew, who was stripped of his honorary military titles and removed as a working royal over his friendship with the notorious U.S. sex offender Jeffrey Epstein.

Andrew did, however, join Charles and other senior royals for a Christmas morning walk to a church located near the family's Sandringham Estate in Norfolk county England. 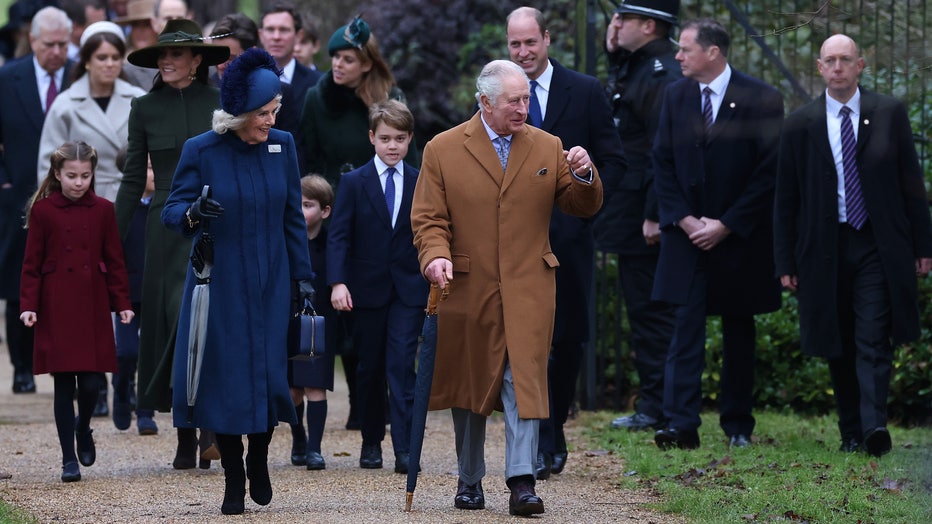 Joining them on the walk was Charles and Andrew's younger brother, Prince Edward, and his wife, Sophie.

After the family entered the church, congregants sang "God Save the King" followed by the Christmas hymn "O Come, All Ye Faithful."

Sandringham has been the private country home of four generations of British monarchs for more than 160 years, but this was the royal family's first Christmas there since 2019, according to Britain's Press Association news agency.

Elizabeth spent her last two Christmases at Windsor Castle because of the COVID-19 pandemic. Crowds lined the streets near Sandringham to greet the royal family Sunday for its return to the holiday tradition.

"It will be in King Charles’ thoughts about his mother, about her legacy. They will be thinking about it over Christmas," said John Loughrey, 67, who lives in south London and camped out overnight to be first in line. "It’s going to be a sad time and a happy time for them. That’s how it’s got to be."