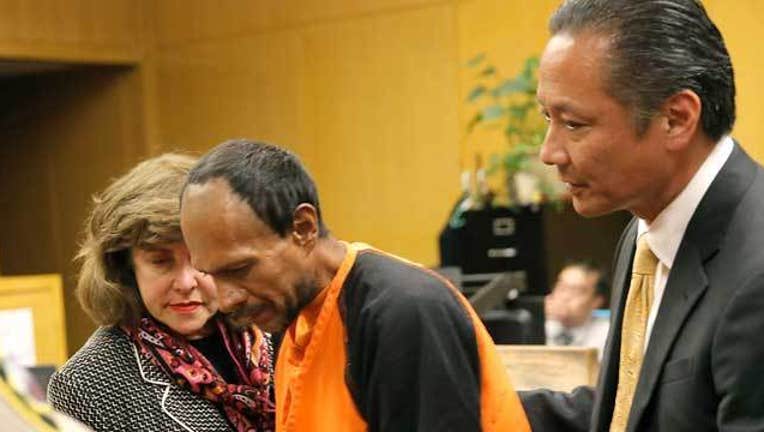 SAN FRANCISCO (KTVU-AP) -- The U.S. Bureau of Land Management said Wednesday a gun stolen from one of its rangers was used in the shooting death of a woman walking on a popular San Francisco pier.

The BLM-issued handgun was taken from the ranger's car while he was in San Francisco on business, agency spokesman Dan Wilson said.

"The ranger was on official government travel when his vehicle was broken into and the theft occurred," Wilson said. It was immediately reported to the San Francisco Police Department, he said.

Juan Francisco Lopez Sanchez, who has been deported to his native Mexico five times and is suspected of living in the United States illegally, told television news stations he found the gun on the pier and it accidentally fired. He pleaded not guilty Tuesday to murder charges in Kathryn Steinle's death.

Steinle, 32, was gunned down last week while strolling with her father along San Francisco's popular waterfront area.

Federal officials transferred Sanchez to San Francisco's jail in March to face a 20-year-old marijuana charge after he completed his latest prison term for entering the country illegally.

The San Francisco sheriff, citing the city's "sanctuary city" policy, released Sanchez in April after prosecutors dropped the drug charge, despite an Immigration and Customs Enforcement request to hold him for federal authorities so deportation proceedings could begin.

He told two television stations who interviewed him in jail that he found the gun used in Steinle's killing wrapped in a shirt on the pedestrian pier she was walking on. Sanchez said the gun went off in his hands, and his public defender, Matt Gonzalez, said Tuesday that the San Francisco woman's death appeared accidental.

The shooting has touched off criticism from leading Republican lawmakers and from top Democrats, including California's U.S. senators.

"The city made a mistake not to deport someone that the federal government strongly felt should be deported," Clinton said.

"I strongly believe that an undocumented individual, convicted of multiple felonies and with a detainer request from ICE, should not have been released," Feinstein said.

The mayor's office said it has reached out to Homeland Security officials to determine if there's a way to cooperate while still upholding the city's sanctuary policy.

San Francisco Sheriff Ross Mirkarimi has defended Sanchez's release and the city law requiring his office to ignore ICE detainer requests. The sheriff said ICE could have obtained a warrant or court order to keep Sanchez in custody.

"ICE knew where he was," Mirkarimi said Monday.