Officers with the Los Angeles Police Department were called to a home in a Woodland Hills neighborhood where a large party was underway.

LAPD officers were called to the 5070 block of Escobedo Drive just after 3 a.m. when neighbors reported a disturbance.

Shortly after officers arrived, crowds dispersed from the home. Many partygoers were seen leaving the party without masks and failed to maintain proper social distancing. 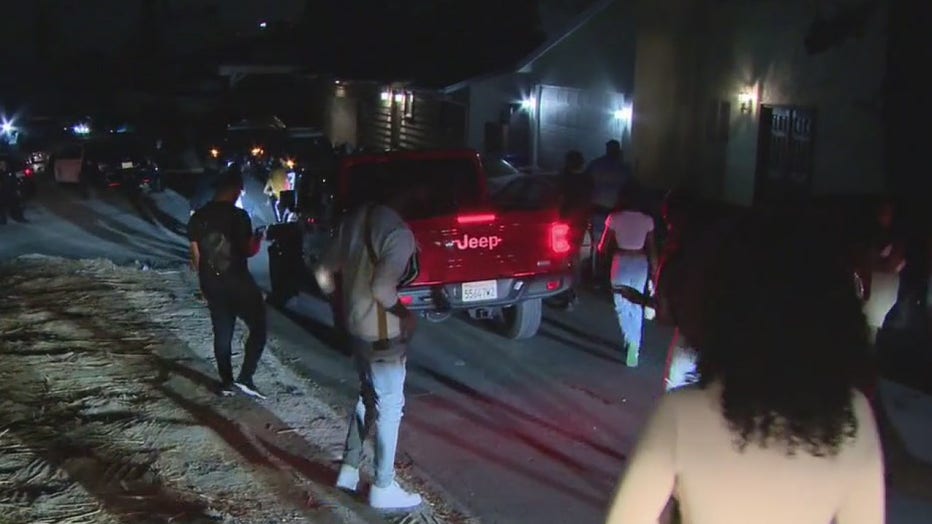 Those attending the party were mainly young adults, the demographic health officials say fueled a rise in COVID-19 cases.

"Life is boring right now so we need to have fun. it was just a regular party, a regular gathering with a bunch of friends. There’s nothing else…there’s no [expletive] COVID-19," one partygoer told FOX 11.

Last month, Los Angeles Mayor Eric Garcetti authorized the Department of Water and Power to shut off services to houses or businesses that host large parties.

"If you came here and decided to put yourself at risk, then that’s your business. America is supposed to be a free country. You have the option to choose or not," said partygoer Estee Manuel.

The party’s host who did not want to be identified said he intended to have a small Labor Day gathering with no more than 15 people. He also said he held the party at his cousin's home.

According to the LAPD, there were no arrests and no reported incidents of violence.